Paranormal Romance
Blush sensuality level: This is a sweet romance (kisses only, no sexual content).

Gutsy, kickass Suzanne James has no intention of complicating her life by falling in love…especially with a vampire. But it’s hard to stay objective when a drop-dead gorgeous male rescues her from three assailants in a dark alley. All but unconscious, she could swear her hero has glowing red eyes and two sharp, pointed teeth.

Adrian Caine has spent the past hundred years, in vampire parlance, a vegetarian. When he rescues a beautiful blonde in a dark alley, it takes all of his formidable control not to backslide. Attraction turns to desire. Even though it’s not in Suzanne’s best interest, he can’t stay away.  Amazon

Paranormal Romantic Suspense
Amulets#1
Maureen Sinclair has a secret that could rock the modern world. More than just a charming antique set with unusual stones, the band she wears on her forearm is an ancient amulet with healing powers. .
Her world is turned upside down by danger and betrayal when two men discover her secret. One is a scholar. One is a madman.
Now Maureen must fight for her life and that of the man she loves while protecting that secret.
Amazon

Paranormal Romantic Suspense
Amulet #2
Isabella Tremaine's credo is always look your best even when you're running from the bad guys. Bella is the possessor of a primeval amulet empowered by the gods with creativity and beauty. And the spunky blonde has an abundance of both. Unfortunately a madman has discovered Bella's secret and is determined to gain possession of the amulet, even if he must kill her to do so. It will take every wile in Bella's formidable arsenal of tricks to outwit the megalomaniac who is after her.

Paranormal Romantic Suspense
Book Three in the Amulets series but may be read as a stand alone story.
Sabina Comte has two passions — singing and Adam Morelly. One has brought her fame and fortune. The other just might get her killed. Sabina possesses a power amulet given to her by the gods. Megalomaniac Victoria Price not only wants the amulet, she wants Adam as well. Killing Sabina would give her both.

If dealing with Victoria isn't enough, Sabina discovers Adam's uncle belongs to the mafia. She becomes increasingly suspicious of Adam when he keeps showing up right after someone's tried to kill her. Sabina begins to wonder if Adam and his uncle know about her amulet and are after it too. But even doubt and suspicion cannot alter the growing attraction she has for Adam. When he is badly injured, Sabina puts her heart on the line and races to his side, determined to save him. She is about to find out if love will send her careening toward the celestial heavens or plant her six feet under.
Amazon

Paranormal Romantic Suspense
Caught in a downpour, Gabriella Bell enters a trendy little shop and discovers a crystal ball in which she sees the face of a hard-eyed stranger. Drawn by a force she doesn't understand she buys the crystal, unaware she is purchasing stolen property that belongs to the aunt of a premiere cat burglar known to polite society as Christopher Saint and to the underworld as The Tiger.

She soon discovers that not only does the handsome, hard-eyed stranger want the mysterious globe but so does a beautiful ruthless jewel thief who will stop at nothing, including murder, to possess Christoper and the crystal ball, Unfortunately, Gabriella is standing in her way. 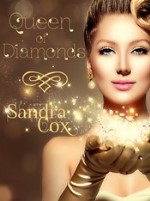 Romantic Suspense
Logan Hunter is a bestselling author with a penchant for the ladies. Kendall Theron, his efficient publicist is prim and colorless—at least on the surface. Beneath the proper facade is a woman who will do anything to protect her family, even if it’s not quite legal.
Kendall, knowing her boss’s propensity for the fair sex, has replicated herself into a lady who should hold no appeal for the charismatic charmer she works for. She’s even added a Mrs. in front of her name for an extra layer of protection. If her boss ever turns those sharp eyes on her, if his curiosity is unleashed and he digs up her secrets, the results could mean jail time.
It’s taken Logan Hunter nearly three years to discover there’s more to his employee than meets the eye. An unplanned kiss that ignites them both has him looking at his publicist in a whole new light. He soon learns that the woman he thought he knew doesn’t exist, her persona an illusion. Everything she’s told him is a lie and he’s determined to find out why.
Amazon

YA ShapeShifter / Light Horror
Among the northern tribes there is a legend passed down from generation to generation about shape-shifting Minders—guardians of the innocents—and how they came to be.
It is said that nowadays only a handful of Minders exist, hunted to near extinction by a fearsome beast. Of the remaining Minders, only one wears a garnet-studded collar, the symbol of protection and royalty.
Even when my aunt told me the story and handed me an ancient garnet-studded band, I had no idea the tale applied to me.
After all, it’s only a legend…
Amazon

Cat Fantasy
Cats of Catarau Book 1
Shardai is a large sleek cat with attitude. He has the courage of a tiger and the disdain of a king. The fearless feline has only one weakness...his guardian. He would do anything, including coming back from the afterlife, for her.
Amazon

Cat Fantasy
Cats of Catarau Book 2
Akasha is a pretty little calico who, along with two of her kittens, has drowned and passed on to Catarau. Now she must journey back to earth to save the kitten left behind.
Amazon

Cat Fantasy
Cats of Catarau Book 3
Makita must use her second life to return to earth and take care of her pal, Bennie the Boxer. But finding Bennie is only the beginning. After they're reunited, Makita and Bennie stumble upon a dog fighting ring. Now the fearless feline must use her considerable cunning to breakout the hapless creatures that have been stolen to use as bait for the fighting dogs.
Amazon

Fantasy
Mutants Series Book  1
Finding love is hard, even when you aren't a mutant.
Like most seventeen-year-olds, Piper Dunn wants to blend in with the crowd. Having a blowhole is a definite handicap. A product of a lab-engineered mother with dolphin DNA, Piper spends her school days hiding her brilliant ocean-colored eyes and sea siren voice behind baggy clothing and ugly glasses. When Tyler, the new boy in school, zeroes in on her, ignoring every other girl vying for his attention, no one, including Piper, understands why...
Amazon
Barnes and Noble
And other major distributors
"Recommended!" Serena Chase~USAToday.com 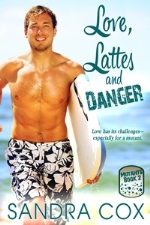 Fantasy
Mutants Series Book 2
Joel Eisler is a mutant with special talents. He can detect an oil leak in the ocean simply by tasting the water. Because of this unique ability, he’s been purchased by a large oil company, along with his dolph sister, Amy. The upside of spending his days and nights in the ocean is that it gives him the opportunity to save the lives of his brother dolphins. The downsides are life as a closely monitored slave—and that he can’t be with Piper, the dolph-girl he loves… 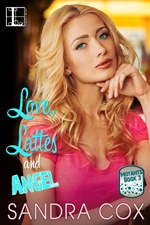 Fantasy
Mutants Series Book 3
Some teens go to the Caribbean on spring break. Piper goes to save the world.

Piper Dunn isn’t who you would call a normal teenager. For one thing, she doesn’t want anyone to know she was born with a blowhole. Even stranger, she has two love interests. Joel, a fellow dolphin-human hybrid, and Tyler, a human.

It’s hard to choose when a mad scientist is hot on Piper’s trail. Worse, she’s trapped in the Bermuda Triangle. And . . . wait for it . . . Angel, her test-tube daughter, is apparently a real-deal reincarnation. It all adds up to an impossible situation, with happy endings all but lost at sea. Unless, of course, a voodoo high priestess casts a spell or two . . .
Amazon
And other major distributors.

Non-Fiction
When you have only two pennies left in the world, buy a loaf of bread with one, and a lily with the other.—Chinese Proverb
Through the ages flowers have delighted and empowered us. Shakespeare talks about the sweet smell of roses. The Koran tells us that flowers feed the spirit, while Henry Beecher thought they were the sweetest things God ever made without a soul.Myths and legends abound around the eternal flower.
In this book, you will discover the wonders and uses of flowers such as gardens, aromatherapy, edibles, crafts, their personal language and the carnivores of the plant kingdom.
Amazon