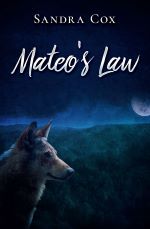 A modern day, shape-shifting sheriff.
He’s the sheriff of a sparsely populated county in Montana. His blood brother and childhood best friend is Chief of Police on the Blackfoot Reservation, but they no longer speak. His deputy is a southern transplant with the body of a high-priced call girl, a voice of honey and mouth of a trucker. And if that’s not enough, he’s got a secret that would stun those that know him best. Other than that, it’s business as usual for Sheriff Mateo Grey.
Amazon 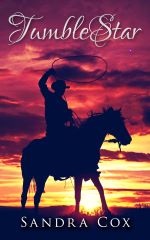 Western Romance
Coop Malloy receives a telegram that his sister and brother-in-law have died and his ten-year-old niece is on her way to Texas to live with him. Still reeling from the loss of his sister, he receives another shock when his childhood friend Randa Lockhart steps off the stage with his niece Kallie. He’s stunned to see that the little pigtailed nuisance that tagged after him, and his best friend, years ago has turned into a beautiful young woman.Randa and Kallie have barely settled in when Coop finds buffalo hunter Marvin Doolin beating the local blacksmith within an inch of his life for laming his horse. Coop steps in and when the buffalo hunter tries to kill him, shoots him. Now Doolin’s four brothers are out to even the score. When they go after Randa, they cross the line. They’re about to find out that’s there’s nothing Coop won’t do, and no one he won’t track down to protect the two females that have burrowed hard and fast into his heart. Amazon 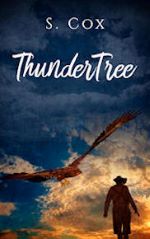 Western
Ben Evers is a drifter that never stays in one place too long, always hankering to see what’s over the next horizon. His traveling companion—an eagle. He lives by two rules. Mind his own business and always treat women with respect. The first rule stands him in good stead until he meets former Texas Ranger John T. McAllen and his niece Kate Landon. The two are drawing him into their lives and Ben knows from personal experience no good ever comes from getting involved in other folks’ trouble. John T. and his neighbor are caught up in a feud over land and Clary’s daughter. When danger strikes, swift and hard, Ben has a decision to make. Turn his back and ride away from people he’s grown to care about or break his rule of minding his own business, and stay and fight.

Present Day:
Abby loved David all her life.
Growing up they were inseparable. When he joined the Marines she did too.
Then disaster struck.
After leaving the Marines, she returns to the family ranch in Montana hoping to heal her shattered heart.
On a ride into the foothills she sees something glowing in the side of the mountain. When she goes to investigate she discovers a fist-sized sapphire that turns her already fragile world upside down.
1882:
Jake Barrow is a part-time gambler, full-time hired gun. His decisions are based on hunches and the turn of a card. He’s in the foothills when a young woman comes tumbling down the mountain. Unsure whether Lady Luck has dealt him a good hand or a bad, he takes one look at the beauty at his feet and doesn’t need to shuffle the deck to know she’s his destiny.

Western Romance
In the 1870s Brandon Wade is driving a herd of longhorns over the Chisholm Trail when a youth appears out of nowhere riding a magnificent black stallion and packing a deadly looking six-gun. In need of trail hands, Brandon hires the young man. Not until weeks later, during the middle of a terrible stampede, does Brandon learn that his young sharpshooter is a beautiful woman. A woman full of fire and passion whom he burns to possess. A woman steeped in mystery who refuses to disclose her past.

Alexandria O'Malley is on the run and must be able to disappear at a moment's notice. When she hires on to the cattle drive, she doesn't expect the powerful attraction between herself and her trail boss or the response of her treacherous body.

Amazon Category Best Seller
Time Travel Romance
As Sarah Miles drives down Eighteenth Street a stranger materializes in front of her car. She throws on her brakes, braces for impact and...drives straight through him. For a brief moment, his voice echoes in her head, "Saura." Then he's gone. Later that day, she discovers the SUNDIAL and her incredible journey through time begins.