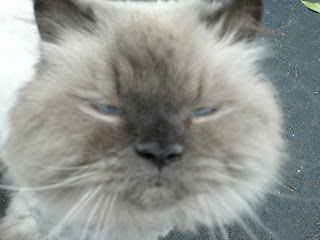 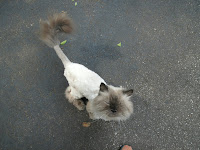 Jo Bu took his annual trip to the groomers.

Jo Bu hates getting his fur clipped. He literally goes around co 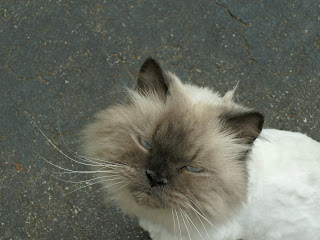 mplaining for a couple of weeks then it must grow out enough to satisfy him and he settles down.

The hh got the pleasure of taking him in. heh heh. He said all the cats took one look at the carrier, with that 'hope its not me' look on their face and bolted in different directions.

The annual grooming is a necessary evil. Jo's indoor/outdoor and every cocklebur, leaf and weed seem to jump on him when he walks by. So every spring we take him in and get hi 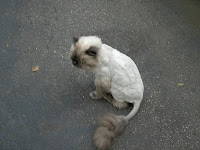 m shaved down. Not only does it avoid matting but its also nice and cool for him.

Come fall, he'll have his full coat back just in time for winter. And before you know it we'll be starting the whole process over again.


“I want you like I want no other woman.”

Adam Morelly’s eyes looked deep into hers. She threw back her head drowning in th

eir gold-flecked depths. His mouth drew closer. Her gaze flickered over it, her own lips parted. His breath smelled like fresh peppermint. His lips were on the thin side, chiseled like a finely sculpted statue, delicious and oh so kissable.

His hot gaze shifted from her mouth and traveled over her. Wherever his glance touched it scorched her. She’d swear her clothes would melt right off.

His warm hands rested on her shoulders.

The grip tightened and she was shaken. “Wake up, sugar.”

Bella laughed. “Who would have thought such a proper little thing sleeps in the nude?”