Who's Your Sexiest Cowboy 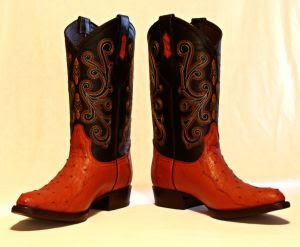 Brandon leaned forward, captured a stray curl that had fallen forward on her cheek and wrapped it around his finger, then rubbed his thumb against the silken texture. "I can’t take responsibility for your hound. The boys patched him up and brought him back to the ranch with them but as for your life…"
The timber of his voice dropped to a husky whisper that for some unfathomable reason gave Alexandria goose bumps. Glittering green eyes held her own. Her breath caught in her throat as he drew near.
His finger freed the imprisoned curl and touched her arm moving slowly down it. Brandon laughed softly in satisfaction as he felt the pulse at her wrist quicken.
"There’s an old Indian belief that when you save someone’s life it becomes your own. And as for repaying me," he continued in a silken voice, his face inches from her own, his hand moving to her madly pounding heart. "There are ways. Infinitely pleasurable ways," he murmured before his lips claimed hers.
Alexandria felt that her life, since she had ridden into his camp, had been building toward this one heart-stopping moment.
Not even Cody Morgan’s experienced kiss had the power to move her as this man was so effortlessly doing, drawing her down into a dark vortex of pleasure. A darkness from which there would be no return. For Alexandria knew instinctively if she let Brandon take what he wanted, she would never be the same again. Never again could she call her life her own. She would be bound to him as surely as if he’d chained her to his side, her need of him as great as her need for the very air she breathed. But her senses were reeling and she was powerless to stop him.
Posted by Sandra Cox at 6:45 PM