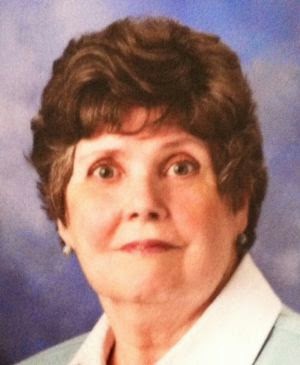 My sister-in-law, Karen Gray passed away Tuesday, May 27, 2014. Karen was a fascinating woman, well-versed and well-spoken. She had many passions which included her family, family history, cats and travel. She was in the library system for most of her working life:  twenty-two years as an assistant executive director in Quincy, IL and a continuing education specialist in the East Peoria library system for the two years before she retired.

She was married for twenty years to a man whose interests ran parallel to her own. They traveled extensively to all corners of the globe. They climbed Mt. Everest and Mt. Kilimanjaro and visited the Peoples Republic of China in the late seventies. When he passed, the light in her eyes dimmed and never glittered with the same brightness again.  Still she traveled, taking her nieces to such exotic countries as Egypt, India and Greece.

From there she threw herself into writing family histories in story form. Her books included: Finding Mettle, The Mystery Friendship Club, Snowfall In Berrian Park, Trekking The Mount Everest Trail, William Martin Davis In Baker Wood, and her last book, From This We Spring, a collection of short stories, the cover designed by my daughter.
Such a stingy number of words to sum up such a full life. Goodbye and Godspeed, Karen. I trust you, Lee and Tadji are trekking among the stars.
Posted by Sandra Cox at 3:00 AM

These were such sweet thoughts in reflection to you sister-in-law's life and legacy, Sandra. She seemed like an astounding woman. Thank you for giving us a peek into her ventures... giving her spirit an unforgettable remembrance and more room to spread it's wings around. Beautiful.

Thank you, Gina. Your kind words are much appreciated.

What a lovely tribute.

A great tribute indeed, sounds like an amazing woman

Thanks, Pat. She was.

I'm so sorry. My thoughts are with you and your family.

They climbed Mt. Everest and Mt. Kilimanjaro? That's impressive. She sounds like a great person to be around. I'm sorry for your loss, Sandra.

Thanks, Julia. Appreciate it.

Hi Blue, I don't know how far up the mountains they actually got. They hit all the 'off the beaten trails'. Not the typical family vacations:)