Last week I asked if given the choice would you choose 'Not Very Smart' or Immoral.  It was pretty much a 50-50 split, maybe weighing a little heavier on immoral:) This week, I'm asking if you had a choice between Gullible and Immoral which would you choose? For me, this is a much harder choice and had me giving some thought to immoral. Why? Even if you aren't that smart, you can learn AND you can rely on your senses.  If your gullible you can still learn, but by then it's too late. And I'm afraid gullibility ignores the senses.  What's your thoughts? What would you choose? Gullible or Immoral?

AND...
This little cutie is the door greeter at the vet's.  She loves scratches and dog treats and wags her tail just like a puppy dog. 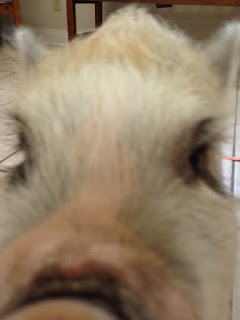 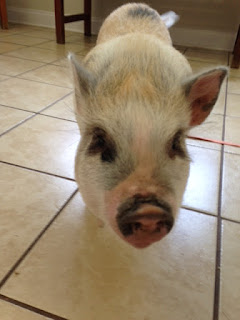 AND...
These were my Irises last year. 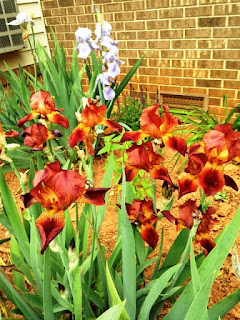 These are the same plants this year. Sigh. 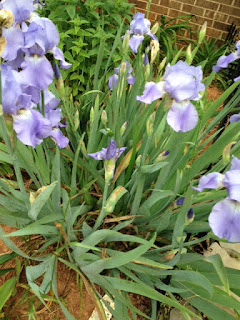 I've heard of Irises cross pollenating but I've never had it happen before. Luckily some of my bronze's survived the takeover.  I've been busy moving the survivors to new locations.  At this point they aren't really thrilled about being uprooted during prime time, but I'm sure next year they'll feel differently:)

AND...
These were in my Easter Basket. I admit I was hesitant to put artificial flowers in my garden. 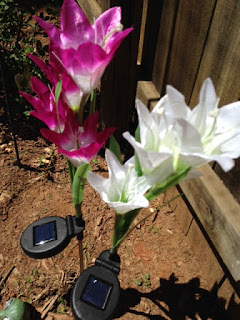 Until I saw their 'night blooms'. 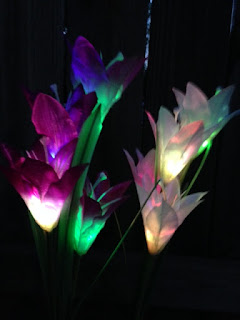 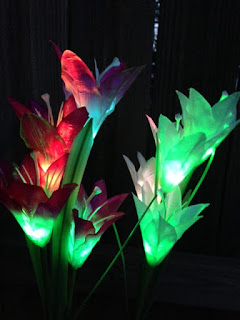 They really light up (no pun intended:) the landscape after dark.

The Easter Bunny also brought me this lovely vase for those turncoat Irises. 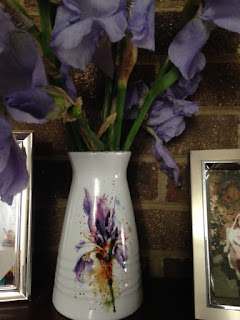 AND...If you have any interest in reading the Mueller report, you can download it at Amazon for .99.

AND last but not least... 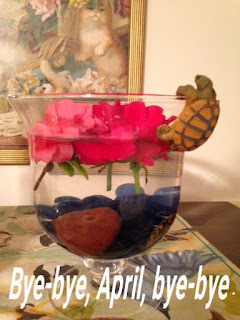