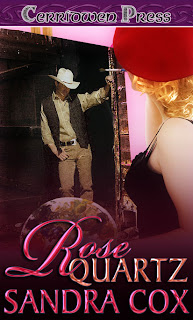 For a chance to win a PDF of Rose Quartz just leave a comment. The drawing will be held Sunday

Excerpt from Rose Quartz, Second in the Amulet Series
On instinct she walked into the den. Hank was leaning over the desk, holding a piece of paper and punching in numbers with repressed fury. The expression on his face made her take a step backward. He spoke into the phone. “Morelly, pick up this phone, you son of a bitch. You listen and you listen good. If I find out you’re behind this last attempt on Bella, I’m coming after you. I will rip out your heart and stuff it down your throat. You’ve had your last warning from me.” He slammed down the phone with enough force to make Bella cringe.
Pivoting on his heels, he spied her standing in the doorway.
She steadied herself and strolled into the room. “It takes a very brave man or a fool to threaten Morelly, sugar.”
His expressionless mask was firmly back in place. “And which do you think I am?”
“I’m still trying to figure that out.” You are my hero. You brave, foolish man.
His jaw set, he ground his teeth and fury radiated like lightning from his tense body. “Let me help you figure it out.” In two strides he was beside her. He yanked her to him.
For one helpless moment she stared into his stormy gray eyes then she lost touch with reason as his lips crashed down and claimed hers. She bobbled like a small craft on an angry sea with gigantic waves threatening to engulf her. She could taste fear and fury on his lips and above all desire. Her body molded against him. A perfect fit as she’d known it would be. Yes, yes, her mind sang. This is where I belong. You’re who I’ve been waiting for my entire life.
Posted by Sandra Cox at 9:21 AM