With us today is TONI SWEENEY. Toni, tell us about your current project.

Glad to, Sandra. You know we writers love to brag about our books! My latest novel is Wizard’s Wife, a fantasy. It starts off harmlessly enough, as a simple romance centering around the problems newlyweds David and Megan McMuir face when an unexpected pregnancy occurs, and quickly changes into an other-world fantasy as David reveals to his new wife some very startling facts about himself because of that pregnancy…about what he is and why he’s been sent to Earth. He’s a faery, it turns out, a faery wizard, complete with gossamer wings and antenna, spilling woofle-dust all over the carpet, and he’s been sent from his home in another dimension to protect the earth from an invasion by an evil fae wizard.

What will I as a reader like best about your hero?

David’s handsome, of course; being a fae, he’s naturally good-looking. And he loves his wife, so much in fact, that he goes against his father’s wishes to marry her. It’s because he realizes the problems a fae-mortal marriage holds that he suggests they practice birth control but when he discovers such precautions don’t work when one of the partners is a supernatural, he accepts the situation readily enough. Though at first, he’s stunned, he rallies, and his attitude becomes: “Hey, so we’re having a halfling. No prob. We’ll love him anyway.” Sometimes, however, David is just a little too optimistic.

He keeps a lot of secrets from Megan, but it’s only because he believes if she found out, it would hurt her, so, he just stays silent. There’s always the possibility those secrets may one day rear their ugly heads and bite but David’s confident if and when such a thing happens, he’ll be able to handle it. That doesn’t mean his sins of omission don’t weight heavily upon him, however.

When it gets to the bottom line, however, David’s a very brave man who’ll do whatever it takes to protect his beloved wife and unborn child.

How will women identify with your heroine?

Megan’s a mortal, and while she’s a bit of a romantic—why else would she have fallen in love with David at first sight?—she doesn’t allow herself to get swept away by his silver-tongued blarney and hop right into bed with him. Theirs is a pretty chaste courtship, in fact, mostly because of the way David acts when he’s around her but once they’re married—watch out! The lad makes up for lost time. When he confesses he’s a fae, she doesn’t believe it, preferring to think her husband’s delusional rather than that he’s a faery wizard. It takes some fancy magic on his part before she actually accepts the fact, and even then, she makes him promise he won’t use any more glamour on her.

She wants to see everything as it actually is.

When David returns to his own dimension to prepare for the coming invasion, Megan follows. Not because she’s curious about the realm of Ais Linn,--she’s scared to death, in fact—but because she thinks she should be with her husband, and will be safer there than in her own world. After all, when an enemy sends a bain sidhe galloping through the halls of your home, why not go to the place where such a thing is a common occurrence and 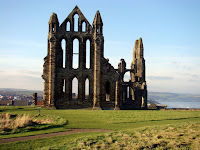 people know how to deal with it?

Megan’s resourceful and determined, and quick with a smart comeback. If David’s a warrior, she’s just as brave in her own mortal way.

What is your favorite genre to write in?

Any of the speculative genres: Sci-fi, fantasy, horror, because there’s so much leeway to write it your own way. Of course, if you’re writing about vampires or werewolves or faeries, there are some basic rules you have to follow but you have the freedom to tweak those rules a lot and make a new highway, and who’s to say it can’t be so? In sci-fi, that’s even more so. You can create entire galaxies, planets, and species, and boldly go where no writer has gone before.

.Do you think a writer needs an agent?

Some people say yes, some no; I think, if you’re wanting to run with the Big Boys, an agent is a necessity and that’s a pity. It’s my opinion the big publishing houses are denying them some very good talent by adhering to that iron-clad rule. And I’m not just saying that because I’ve been turned down by 24 agents thus far. The next Margaret Mitchell or Stephen King is probably standing there on the other side of the transom right now, begging to be let in but their “no unagented material” law keeps them from answering the door. Too bad. Their loss, some small publisher’s gain.

What are your thoughts on e – pubs?

I may sound like a dog in the manger since I have several books available as e-books only, but I feel the publishers which have only e-books are doing themselves and their reading audience a great disservice. Out of 12 people I know, 3 don’t have computers, and only 1 has an e-reader, and that one is myself. A good many people, especially older readers, don’t have access to e-publications but they do read and will buy printed novels readily. Any publisher which does away with its printed books because “e-books are the way of the future” is going to lose a great many customers.

Don’t get me wrong. I’m certain that one day, printed matter will be a novelty and e-readers will replace them (and I’ve noted that fact in several of my sci-fi stories), but I don’t believe it’s going to be anytime soon. At least not until e-readers are much cheaper and there’s a lot less “mystery” attached to obtaining downloads. They’re certainly going to make books a lot cheaper and that will, coincidentally, make them more available in the long run. I began writing novels because I couldn’t afford to buy them. If e-reads had been available back then, I might not ever have written that first book. Scary thought!

.What books of yours are currently for sale and where can a reader buy them?

How much space do we have? LOL Here’s the 411 on my writing credits:

The Chronicles of Riven the Heretic series (3 books so far)

The Adventures of Sinbad series (3 books so far)

The Rose and the Dragon

Wizard’s Wife was released January 15, 2011, by Class Act Books and is available in both print and e-version. For a glimpse into Chapter One, click here http://www.classactbooks.com/The-Wizards-Wife-Trade-by-Toni-V-Sweeney_p_269.html

Oooh, interesting! I love the premise of this book. Good luck!

I second your vote on only e-pub. I'm only e-pubbed too but I really like having a book to hold. I don't have an e-reader.

Your book sounds interesting! I love the cover and cracked up when I read the word "halfling" :)

Lots of e-pubs do print, too. It's to their advantage, for the reasons you mentioned. Ebook readers are catching on fast, but there are some who will never "change" to one...they want that "book" in their hands.
I love reading ebooks and rarely buy print versions.
Big Houses? Yep. Having an agent would be great, but ignoring unagented material is a mistake.

What a cute story Toni. I like the premise of Wizard's Wife. And I agree with you on ebooks. They are the trend of the future but printed books are more practical and more easy to get.

Thanks all for stopping by and leaving comments. Hope everyone has a great weekend.

This looks great! Thanks for sharing!

How are you, Ms. Anny? Thanks for stopping by:)

Wow! Thanks for all the comments. When I checked last night there were none and now... Glad to see so much agreement about ebooks. In some of my SF stories, I have books so rare only the very rich can own them and then they're never opened or actually read. Hope everyone buys Wizard's Wife and enjoys the story...and Yes, Ruth--there are halflings!

"Any publisher which does away with its printed books because “e-books are the way of the future” is going to lose a great many customers."

I agree...you have to cater for all tastes and lifestyles

Glad to see you back, mate. You must have power back.