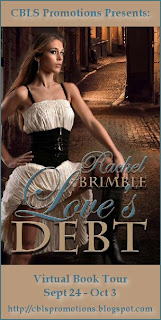 With us today is Rachel Brimble. Welcome Rachel. Your heroine runs the Red Lion Tavern. What difficulties does she run in to?

Ooh, I can’t give too much away here! Let’s just say difficulties do arise in Milly’s story but not so much with the tavern. The tavern is an important part of the story and where she is the happiest. She is a popular, fun, hardworking barmaid with ambition. The difficulties come when she meets the hero…

What are your thoughts on self-publishing?

I really don’t have an opinion – A few of my writer friends have gone down this route and never looked back. Others haven’t enjoyed the process after trying and wouldn’t do it again. I admire the people who self-publish and achieve success because it’s a lot of hard work and commitment to edit, proof read, create cover art all single-handedly. It’s not for me though – I wouldn’t know where to start!

What is your favorite genre to write in?

Victorian (obviously!) and romantic suspense are my favorite to write. I have also written mainstream contemporary and comedy, both of which have been published but with recent contract signings with Harlequin and Kensington, from now on I will only be concentrating on Victorian and romantic suspense.

What is your favorite genre to read?

Romantic suspense is my absolute favorite to read but as a bibliophile I read right across the genres, from all types of romance (except paranormal) to crime to historical to biographies. I love to read! I don’t know a writer who doesn’t. I usually have two or three books I’m reading simultaneously at any one time J

BLURB:
To keep herself from the depths of poverty, Millie Shepherd needs to be appointed manager of the Red Lion Tavern. The elderly owner is in failing health and has promised her the job permanently if no one more suitable applies. Milly will fight with her entire being to make the job her own.

Joseph Jacobs needs to supplement his income to pay off his father’s creditors and save him from debtor’s prison. Though the job as manager of the local tavern looks promising, Milly is favored by both the owner and customers.  Instead, Joseph swallows his pride and agrees to tend bar.

As they work together, their attraction grows, their goals cross, and both Millie and Joseph find they must face their fears …the question is whether they face them alone or together?

EXCERPT:
Joseph Jacobs closed the tavern door behind him and paused a moment to take in his surroundings. As a man used to looking over his shoulder and sensing trouble, experience taught him to be aware of others before they became aware of you. He narrowed his gaze. The meager number of patrons at the tables surprised him at an hour when he expected the bar to be fairly busy. He glanced at the clock; maybe it wasn’t time for the workers yet.

He shifted his gaze to the woman standing beneath the clock and his heart kicked. Her green-gold eyes held him where he stood. She stared and Joseph swallowed, willing some words to come forth from his frozen tongue or at least a smile to curve his paralyzed lips.

She lifted her eyebrows and slowly pulled a cloth from her shoulders. Her hair was a mass of fire-tipped curls around her oval face, her skin creamy-white and her parted lips, a soft delicate pink. Joseph cleared his throat and belatedly removed his hat.“Good evening, miss.”

Her smile slipped easily into place. “Good evening to you, sir.” Her voice was smooth, clear and full of confidence. “Are you looking to quench your thirst or just planning on soaking up the atmosphere?”

Joseph inhaled a long breath through flared nostrils as if trying to smell her. Something told him she’d smell of lavender…or maybe musk. Something to throw a man off guard, to lower his defenses.

He stepped forward. “Neither. I am looking for the landlord. Would you happen to know if he’s available?”

Her gaze lingered on his a moment longer before she looked to the four glasses at the table beside her. She grasped them expertly between her fingers and carried them behind the bar without answering his question.

Joseph couldn’t take his gaze from the natural sway of her hips beneath the deep burgundy dress she wore, the bustle a little too prominent for the current fashion showing her lack of money to afford better. Why else would a woman with the features of an artist’s model be working in a tavern unless necessity demanded it?
ABOUT THE AUTHOR:
Rachel lives with her husband and two young daughters in a small town near Bath in the UK.  She started writing short stories about eight years ago but once her children were at school, she embarked on her first novel. It was published in 2007. Since then, she’s had several books published with small presses as well as securing her first contract with Harlequin Superromance in May 2012. 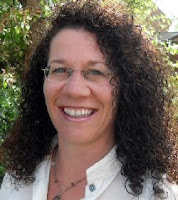 Represented by US agent Dawn Dowdle, of Blue Ridge Literary Agency, Rachel is a member of the Romantic Novelists Association and Romance Writers of America, When she isn’t writing, you’ll find Rachel with her head in a book or walking the beautiful English countryside with her family.  Her dream place to live is Bourton-on-the-Water in South West England. And in the evening? Well, a well-deserved glass of wine is never, ever refused…