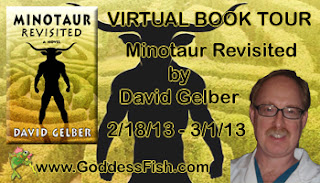 With us today is David Gelber. David, do you have a day job and if so what is it?
My primary means of supporting myself is as a general surgeon. Writing is my second line of work. When the surgeon life becomes very busy my writing diminishes considerably. Even so, I’ve managed to write five books, two short stories and numerous articles which appear on my blog and at various other venues around the Internet.
Are you a plotter or a pantser?
I had to Google “pantser” to find out what it was. My first thought was that it was someone who became short of breath when exercising, but then I realized that would be “panter.” Then I thought it may be a type of flower, but soon discovered that’s a pansy. Luckily, we have google, which informed me that “pantser” is a writer who goes by the seat of his pants, as opposed to a plotter who plans everything out before committing a word to paper.
I usually work out story lines in my head, sometimes writing them down in very brief form.  Then I sit at my computer and write it out, creating as I go. I suppose that makes me more a “pantser.”
Do you prefer self-publishing or a publisher?

I have self-published most of my work. I have my own company “Ruffian Press” and use “Lightning Source” as printer, Kindle Direct Publishing and Pubit! For the e-books.
Does your muse work 24/7 or take more vacation days than she's entitled to?
I’ve been looking for my muse for several years now. I thought I saw her when I first started, but that was just a reflection of my dog in the mirror. Then I was on vacation in Las Vegas and caught a glimpse of her at a blackjack table at the Bellagio. She managed to escape, however, only to reappear months later in the operating room at the hospital where I work. She taunted while sitting on one of the surgical lights. Needless to say, I was otherwise occupied allowing her to elude me once again.
One time I thought I saw her sitting on the edge of the bed. I snuck up behind her, grabbed her and put my hand over her mouth so she wouldn’t scream. I carried her into the attic and tried to lock her in a trunk. Unfortunately, I discovered too late that it was my wife and not my Muse. I had to sleep on the couch for a month.
Seriously, I am always thinking of things to write. Sometimes the simplest thing will trigger an idea and an article for my blog or storyline for a future book is born.
BLURB:
Legend states that the Minotaur was confined to the Labyrinth, slain by Theseus and then laid to rest by thousands of years of Greek mythology. But, the truth is far different. Read the Minotaur’s own words as he recounts his full life as god, king, warrior, matchmaker, midwife, monk, sage, father, mother, husband and, most of all, witness. The fierce Minotaur lived to see and be a part of the best and worst of humanity during a life spanning thousands of years. Part bull, part human, the Minotaur struggled to find his place in this world and, in the end, left his unique mark on history.
EXCERPT:
AUTHOR INFORMATION:David Gelber, a New York native, is the seventh of nine sons and one of three to pursue medicine. He graduated from Johns Hopkins University in 1980 and went on to graduate medical school in 1984 from the University of Rochester.
Gelber has been a surgeon for more than 20 years, but over the last few years he began to pursue his passion for writing, initially with his debut novel, "Future Hope" (Emerald Book Company, January 2010). The novel speculates about future Earth and what the world might have been like if man had not succumbed to temptation in the Garden of Eden. "Joshua and Aaron" is a sequel to "Future Hope" and follows the battle of wills that transpires between unsung hero Joshua Smith and satanic Aaron Diblonski. 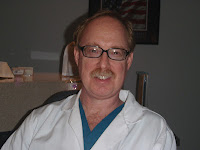 Dr. Gelber has added two books about surgery, "Behind the Mask" and "Under the Drapes", both of which provide the reader with a view of the world of surgery rarely seen by those outside the medical professions.
"Last Light" is an apocalyptic short story which starts off asking the question: "What would happen if nobody ever was sick or injured?"
"Minotaur Revisited" is an entertaining romp through history seen through the eyes of Quint, the famed half bull half man monster of Greek Mythology. It was in October 2012.
Gelber was raised in reformed Judaism, but joined the Presbyterian Church 15 years ago. He is married with three teenage children, four dogs and 24 birds of various species. His interests include horse racing, mechanical Swiss watches and, of course, writing.
LINKS:­­­­­­­
http://www.davidgelber.com/

David will be awarding a $100 Amazon GC to a randomly drawn commenter at the conclusion of the two tours.
Posted by Sandra Cox at 4:00 AM