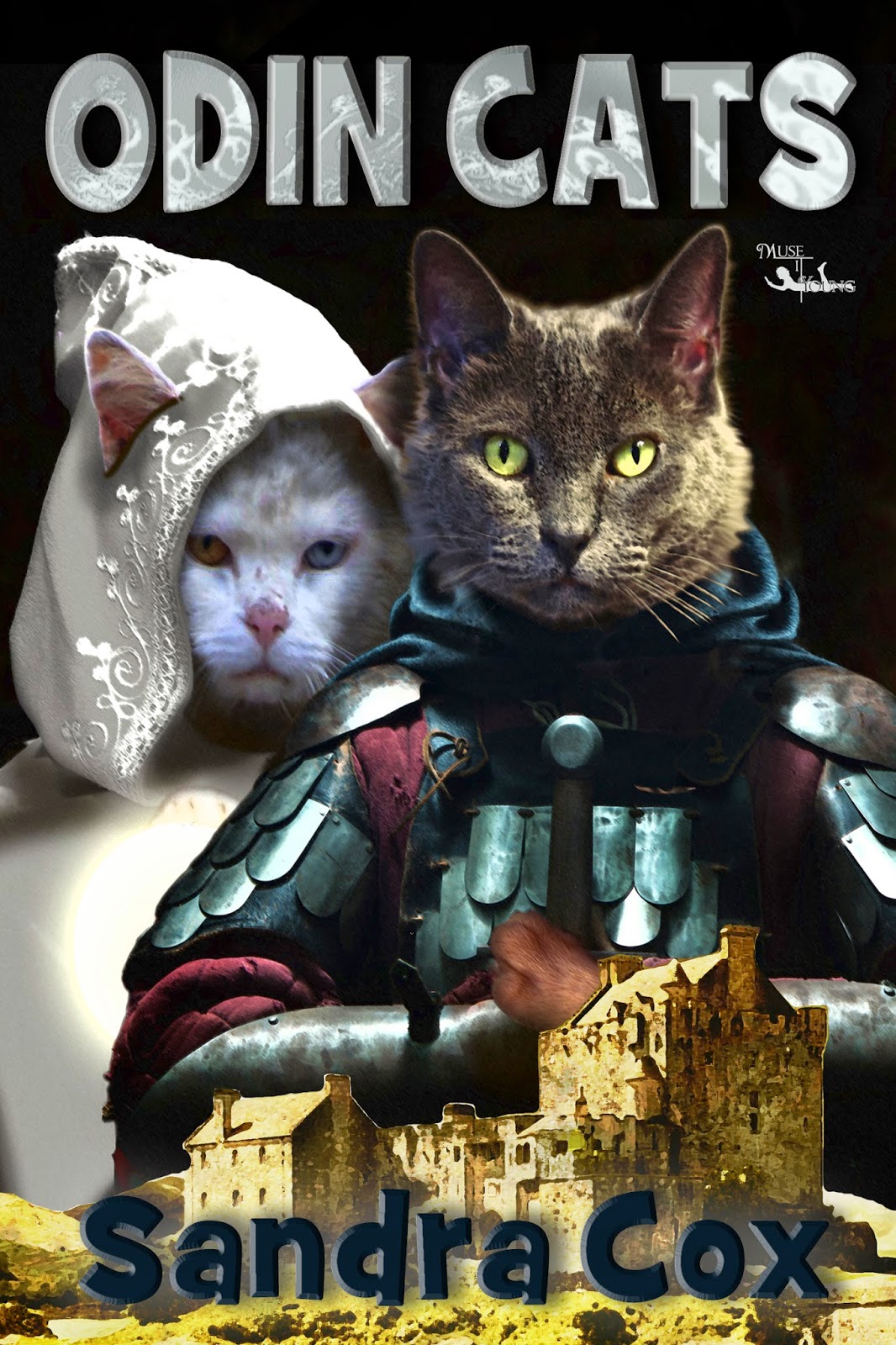 
“I want to go!” Sittchuk-Seth’s silver plumy tail lashed back and forth. His jaw tightened his expression obstinate.
His father Thut sat upon his throne. His beautiful russet paws rested on the burnished gold arms of the regal chair, his expression both indulgent and annoyed. “What say you, Furrlin, shall we take this whelp of mine?” he asked the soothsayer.
Furrlin padded over to the blue crystal ball that stood in the corner near the throne. Standing on his hind legs, he rested his front paws on the crystal. The interior of the globe began to stir, to roll and flash in a prism of color. Furrlin stared unblinking into the ball as the blinding colors flashed. After a long moment, the storm of colors receded and once more lay dormant.
“Well,” demanded Thut.
Furrlin turned and shrugged. “His destiny is already written. Do what you will.” He dropped to his four paws and padded back to the king.
“What in the name of the Goddess kind of answer is that?”
“The kind you get from a soothsayer, my lord.”  Tiaa, his beautiful queen, put her paw over his and leaned toward him from her throne. “You promised, my lord. He would not accompany you into battle until he was a year of age.” For a moment, her paw tightened on his and anguish shown out of her beautiful amber eyes. “He is our only child. I can bear no other.”
“Mother, other Odin Cats fight at six months, should their future king not be at their side?” Pacing back and forth across the smooth stone floor, Sittchuk-Seth stopped at the window. He rose on his hind legs to stick his head out the stone window embrasure and smell the clean salt air from the sea. He inhaled, drawing air deep into his belly. The massive castle reminded him of a velvet-lined prison. He yearned to fight his first battle against man and dogs, to flirt with pretty Odin Cats and ferals. Instead, he was confined to this dark gray castle that jutted on a scree of boulders, with the ocean singing its siren song far below.
Pre-orders on sale for 2.99 http://bit.ly/SandraCox

I love the book cover.

C.K. Volnek did the cover. She also did the Minder cover. Isn't she good?

to fight battles against men and dogs LOL

Why do you try not to self-promote too often? What's the worst part for you about doing promo work?

Hi Happy, Good questions. I think when people stop at blogs they want to see more than just what you're writing about.
The hardest part for me is the 'selling' end of it. I'd rather be writing. But those days are gone. It now comes with the territory. What about you?

A sincere thank you, Julia dear.

Me? I like reading whatever someone is into that day or week. And that's how I do my blog too. Right now I'm into Babycakes, so I'll blog and show pictures about that.

I enjoy blogging, and getting to know the other bloggers. It's just a lot of fun for me. I'm currently trying to get to day 204 in a row.

Do you enjoy blogging?