The funeral is over.
He was a veteran, so he was given a soldier's send off. Have you ever seen the flag folding up close? It's like a choreographed dance.  A soldier is at each end of the flag. They look neither right, left nor at the flag but straight ahead at each other. One soldier folds: One fold. One step forward. Eyes never leaving the other soldier. Another fold. Another step. Gazes still locked. And so it continues until the flag is completely folded.  At that point, one of the soldiers gives it to the remaining spouse with words of appreciation.  It's a very moving ceremony.
It's never easy losing family, but it's a blessing knowing that he had a long life and lived each day to the fullest. Can't you just tell from the picture that he was a happy man? 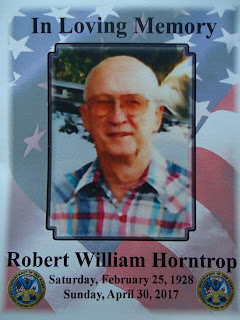 This is my aunt, the sibs and myself.  My aunt is eighty-nine.  She was married to my uncle for sixty-six years. 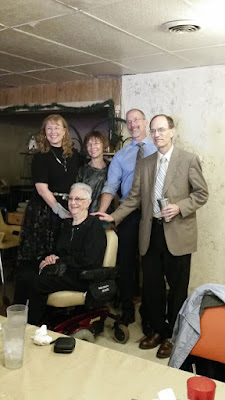 Southern Illinois had a lot of flooding, mainly in the fields. We also encountered it on one of the roads we were on, but made it through 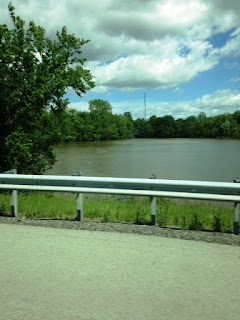 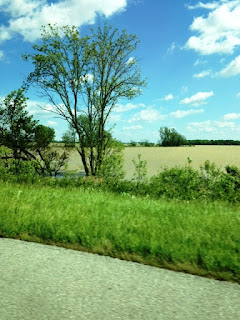 And there was a lot of rain on the way home. 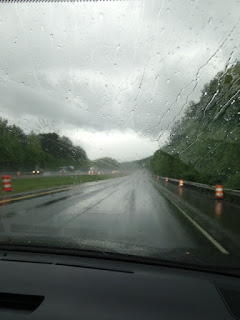 My sis-in-law took this at sunset.  I thought it was a very striking photo. 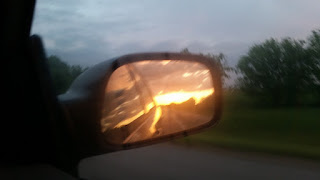