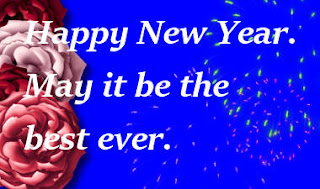 Happy New Year, friends. I'm happy to ring it in with information on a new book by good friend and fellow author D. L. Finn. I love the Finn Facts she always includes with her releases:) 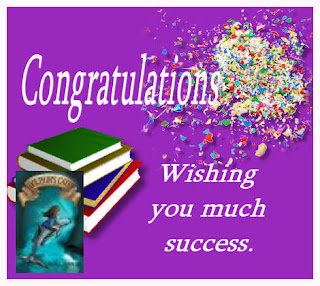 Thank you for having me here today, Sandra 😊

I just finished working on my book trailer for my new children/YA book, “Dolphin’s Cave” and sharing it here first:

1.     Being born in the year of the tiger, cats seem to find me. I have five, with a sixth coming to stay with here for a while. 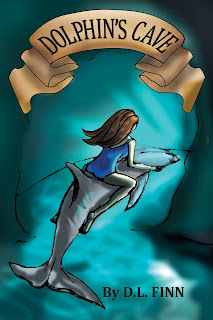 The dream always begins the same way for fifteen-year-old Coral Dover. She enters the ocean alone and ends up in a cave on the back of a dolphin. It’s happened every night for the last eight years since her parents disappeared. Coral longs to visit the place where her parents’ plane went down, and she finally gets her wish when her aunt takes her on a working vacation to Hawaii. When Coral notices unusual things happening around her, only one other person believes her. Will they discover the secret that could change everyone’s lives? Can Coral keep her family safe as she pursues her dream?

(Coral is leaving for Hawaii)

Ned had gotten all the photographs of Ruby Hyde and Coral Dover he’d been instructed to take. He’d have to be more careful in the future, as young Coral had spotted him. He’d been a little careless this time, but he was confident the beard and sideburns had hidden his face. He had time to kill before he boarded his flight to Oahu. He’d land three hours after them and wouldn’t be on duty again until they went to bed. He smiled at a little old lady. She smiled back with absolutely no idea she was smiling at a trained assassin.

At six forty-five, the intercom blared that it was their turn to board the plane. Grabbing her backpack, Coral noticed the bearded man had returned. His back was to her, and he was deep in conversation with an older woman. Was he just some crazy guy taking pictures of everyone? He certainly looked crazy by Coral’s standards, and, as her mom would say, her warning system had been activated.

Coral almost pointed the man out to her aunt, but their tickets were already being checked. Besides, Aunt Ruby didn’t believe in the goosebumps theory as it related to danger. Coral wasn’t sure she believed in it wholeheartedly either, but her mom sure had. The old lady who’d been talking with the strange man was now in line, holding a bag of brightly wrapped gifts. The man was walking away—waiting for another flight, maybe? As soon as she got to the door of the plane, all thoughts of him disappeared. It was time to go to Hawaii.

Coral found her window seat, right over the back edge of the right wing. Buckling her seat belt, she watched Aunt Ruby find a spot for her overnight bag and Coral’s backpack. Aunt Ruby had placed their new sundresses and the camera in the bag in the event the airline lost their luggage. While the flight attendant instructed the passengers about safety, Coral whipped off a quick email to Tara. We’re taking off now. Will let you know when we land. She hit send just as they were being told to shut off their cell phones or put them on airplane mode.

This was the first time Coral had been on a plane since her parents had taken her to Disneyland for her fifth birthday. All she remembered from that trip was being tall enough to ride Thunder Mountain and mimicking the “yee-haw” she’d heard on the ride for the rest of the trip. Her parents had laughed every time she said it, so she kept saying it for weeks after. That was another lifetime. She rubbed her temples and watched a man drive away with the empty luggage cart.

After a slow start on the runway, the plane built up speed. Coral’s grip on the armrests tightened. Since her parents’ disappearance on a plane, flying wasn’t as exciting as it used to be. Suddenly the plane was thrust into the air. Aunt Ruby’s hand caressed her arm, offering comfort. Coral was glad to have her aunt next to her through this.

When the plane finally leveled out, they were above the clouds and heading closer to the ocean that held the secret of her parents’ mysterious disappearance. Coral relaxed and put her headphones on. She quickly found the classic rock. Her dad’s favorite Led Zeppelin song, “Kashmir,” was playing. He’d always play air guitar to it. Her mom would roll her eyes at his antics while Coral smiled in adoration. Her mom also regularly pointed out that his real guitar was collecting dust in the corner. Coral had always planned on using that guitar someday and wished Aunt Ruby hadn’t sold it.

It seemed like they’d just taken flight when they landed in San Francisco. With forty-five minutes between planes, they rushed to their next gate. Soon they were in the air again, overlooking the front of the left wing.

The seat belt sign went off, and her aunt left to find the bathroom. Coral’s two hours of sleep finally caught up to her, and she could barely keep her eyes open. Adjusting her neck pillow, she studied the fluffy white clouds that looked as if she could step right off the plane and walk on them. “Dreamboat Annie” by Heart came on next. The lyrics to that song summed up exactly how Coral was feeling at that moment. Before the song ended and her aunt returned, she was fast asleep. 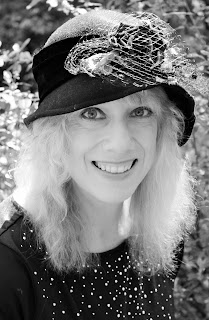 D. L. Finn is an independent California local who encourages everyone to embrace their inner child. She was born and raised in the foggy Bay Area, but in 1990 she relocated with her husband, kids, dogs, and cats to Nevada City, in the Sierra foothills. She immersed herself in reading all types of books but especially loved romance, horror, and fantasy. She always treasured creating her own reality on paper. Finally, surrounded by towering pines, oaks, and cedars, her creativity was nurtured until it bloomed. Her creations include children’s books, adult fiction, a unique autobiography, and poetry. She continues on her adventure with an open invitation to all readers to join her. 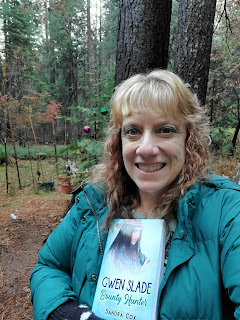