I am thrilled to welcome good friend and author Jacqui Murray.  Jacqui specializes in prehistoric writing and if you haven't read her yet you are in for a treat. 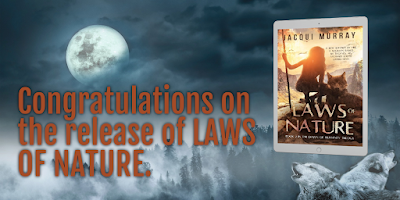 A boy blinded by fire. A woman raised by wolves. An avowed enemy offers help.

In this second of the Dawn of Humanity trilogy, the first trilogy in the Man vs. Nature saga, Lucy and her eclectic group escape the treacherous tribe that has been hunting them and find a safe haven in the famous Wonderwerk caves in South Africa. Though they don’t know it, they will be the oldest known occupation of caves by humans. They don’t have clothing, fire, or weapons, but the caves keep them warm and food is plentiful. But they can't stay, not with the rest of the tribe enslaved by an enemy. To free them requires not only the prodigious skills of Lucy's unique group--which includes a proto-wolf and a female raised by the pack--but others who have no reason to assist her and instinct tells Lucy she shouldn't trust.

Set 1.8 million years ago in Africa, Lucy and her tribe struggle against the harsh reality of a world ruled by nature, where predators stalk them and a violent new species of man threatens to destroy their world. Only by changing can they prevail. If you ever wondered how earliest man survived but couldn’t get through the academic discussions, this book is for you. Prepare to see this violent and beautiful world in a way you never imagined.

A perfect book for fans of Jean Auel and the Gears! 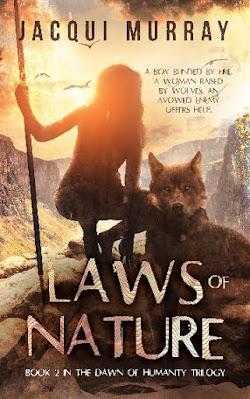 Fresh blood streaked Short-tooth’s muzzle, her golden eyes alert to every movement around her as she munched on Gazelle’s meaty carcass. Each movement made the Cat’s tawny fur ripple over the powerful muscles beneath her skin. She raised her head, chewing slowly while studying the grass field in front of her, especially toward the back where it blended into the forest. She couldn’t see Mammoth but smelled it, close to the Uprights, maybe protecting them. Despite being the size of a boulder, this pachyderm could outrun most predators and would think nothing of crushing them beneath its massive feet.

Short-tooth wasn’t interested in the Uprights. Their bodies had little meat and less fat. Gazelle was more satisfying.

Cat ripped a slab of fragrant meat from the hind leg. Snarling-dog—to the far side—slapped the ground. He was hungry but wouldn’t eat Gazelle until Short-tooth finished. Cat purred loudly, close to a snarl, and Snarling-dog withdrew, but not far. Carrion-bird overhead tightened its circle and a tiny shrew the size of Short-tooth’s paw waited patiently, out of Cat’s range, eyes bright, nose twitching. A shred from the carcass was all it needed.

None of these creatures mattered to Short-tooth. She was the apex predator in her savannah habitat.

Sticky yellow globs of Mammoth dung slid down Lucy’s back and plopped to the dry thatch. The dung coat was melting under Sun’s intense heat, exactly as Lucy planned. Its purpose was to confuse Short-tooth Cat. The hotter Sun became, the stronger Mammoth’s smell.

Lucy and her young pairmate, Garv, lay motionless, like Snake sleeping, bodies pressed into the prickly grass, oblivious to the feathery feet that scurried over their backs. She and Garv, too, wanted what Short-tooth didn’t consume. They were more patient than Snarling-dog but that didn’t mean they wouldn’t eat first. The first to arrive got the best of the leftovers.

Lucy rubbed her raw eyes, bleary from watching Cat bite, rip, and chew. If Short-tooth knew of their presence, it was not because she saw them. Lucy and Garv blended into the landscape. Their skin was the color of dirt and dry grass, impossible to find if you weren’t looking. No part of their bodies moved except their narrowed eyes as they scanned the surroundings, evaluating each new arrival to the feast. The dominant scents never changed—Snarling-dog, Short-tooth Cat, something decaying in the nearby forest, her pairmate Garv’s sweaty body, and Gazelle’s ripening offal.

Sun’s relentless heat washed over Lucy in waves. Sweat dripped down her face, over her pronounced brow ridge and into her eyes, but for reasons she didn’t understand, despite his fur pelt, Snarling-dog was dry. He reminded Lucy of Ump, her tribe’s Canis member. Even on the hottest days, Ump didn’t sweat. Instead, he panted more.

Short-tooth raised her feline head, inspecting her habitat as her jaws crunched through the fresh carrion. She reeked of malevolence which meant scavengers like Lucy and Garv willingly waited their turn.

Sun climbed through the cloudless blue sky. The morning haze had burned off long ago. The dew Lucy hadn’t licked off the leaves, Sun’s heat had. Her throat was dry, lips cracked, but that mattered less than securing scavenge. Her tribe was hungry.

Lately, unexpectedly, when Lucy sat quietly as she did now, a tingle deep inside her chest told her Raza, her former pairmate, was in trouble. The first time she experienced this tingle, what Garv called “instinct”, it churned through her body as a current does in a stream. She thought she was sick until Garv explained this was instinct and it warned of danger, not illness. He told her always to listen, but how was she to do that? Raza had been captured by the tribe’s worst enemy, a formidable Upright called Man-who-preys. She didn’t know where they’d taken him. As often as she brushed the feeling away, it returned, each time stronger than the last.

Cat’s yellow eyes snapped open and her methodical jaws slowed. Something caught her interest, maybe Snarling-dog’s impatience or Carrion-bird’s relentless approach. After a warning hiss, Short-tooth shook her big head and pawed her face. A swarm of black flies lifted, buzzed briefly, and then resettled where they’d started, again gorging on the blood and carrion that stuck to Short-tooth’s face

The flies are thicker than usual.

Short-tooth returned to her meal and Lucy sniffed, wondering what drew Cat’s attention. She didn’t expect to see Man-who-preys here, but took nothing for granted. The tall, big-headed, hairless enemy always carried a long stick which he used to kill prey. Sometimes, he didn’t eat the animal, just watched it die. This unpredictability, that he followed no norms, made him more treacherous than other predators.

She inhaled, but didn’t smell his stench so turned her attention back to the hunt.

Carrion-bird floated overhead, feet tucked beneath its sleek body. The longer Cat ate, the more of the huge birds arrived. They thought their powerful sweeping wings, sharp claws, and piercing beaks made them the mightiest among the scavengers. What they didn’t realize was that Lucy and Garv possessed an even greater weapon: They could plan. Before Carrion-bird or Snarling-dog got too close, Lucy and Garv would take what they needed and flee.

In the edging forest, Cousin Chimp hooted, the pitch and length describing the location of a tree newly bearing fruit. Leaves rustled as his band raced away. Lucy hoped they would leave enough of the succulent produce for her and Garv.

She hunkered deeper into the tall waving stalks, tracking the other scavengers and noting again how far away the trees were in case she needed to flee. A snake slithered over her foot, through the thatch and out of sight. She and Garv had been motionless for so long, Snake probably viewed them as dirt mounds in its path.

Garv tweaked an eyebrow and Lucy motioned, hands a tight circle in front of her chest, well hidden, “Dull colors, no knobs on snake’s tail—no danger.”

Her kind—Man-who-makes-tools—used a sophisticated blend of communication including body language, hand gestures, facial expressions, mimicking, and vocalization. One of their greatest defenses in this brutal world was the ability to become part of their surroundings. Voices were unusual sounds heard nowhere in nature except from Uprights, mostly the big-headed Man-who-preys. Lucy’s kind occasionally whispered and Tree-men, like Boah who was part of Lucy’s tribe, rarely made any sounds beyond huffs, grunts, howls, and moans. Only Man-who-preys jabbered endlessly. 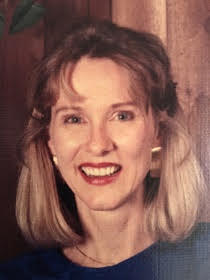 Jacqui Murray is the author of the popular prehistoric fiction saga, Man vs. Nature which explores seminal events in man’s evolution one trilogy at a time. She is also the author of the Rowe-Delamagente thrillers and Building a Midshipman

, the story of her daughter’s journey from high school to United States Naval Academy. Her non-fiction includes over a hundred books on integrating tech into education, reviews as an Amazon Vine Voice,  a columnist for NEA Today, and a freelance journalist on tech ed topics. Look for her next prehistoric fiction, Natural Selection, Winter 2022.