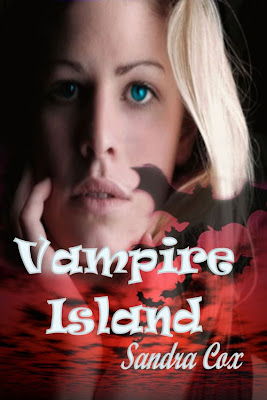 Release date: February 15, 2010 at Class Act Books, http://www.classactbooks.com/ in paper or e.
~*~
Blurb:
My name is Zoe Tempest. Just let me say here that I never had any intention of becoming a vampire hunter. My world revolved around the trendiest clothes, texting, shopping and the boy of the week.
My life was as close to perfect as a seventeen year old can get. Then my parents were murdered and my world came crashing down.
After the funeral I went to live with my uncle Julian Kilmer. That's when everything changed in a manner more terrifying than anything I could have imagined.
~*~
Excerpt:

“Don’t go out after dark.”
“You’re joking right?” I said the first thing that came into my head then heaved a sigh from deep in my flat, toned belly. In the short twenty-some odd hours I’d known him, the dark brooding man standing in front of me had never cracked a smile let alone joked. Too bad, for an older man—he’s thirty-seven if he’s a day—Uncle Julian is a bit of a hottie…in an intense sort of way. His olive-colored skin stretches tight across high cheekbones. His thin nose reminds me of a predatory hawk.
I really couldn’t say a thing about his eyes. I’d never seen them. He invariably wears dark glasses.
“I never joke.”
There’s a news flash.
We stood in the dark gloomy hall of his mansion. As thunder boomed, the lights flickered. Moment’s later a streak of white lightning, visible through the long narrow window, hit nearby. The floor shook. Outside something screamed in the night. Though the room felt hot and stuffy, goose bumps roughened my skin. I rubbed my arms.
He leaned toward me. His shadow loomed menacingly across the floor engulfing me in black. Before I could stop myself, I took a hasty step back and bumped against the door. The cool knob pressed into my back. He might be my uncle, but he was a stranger and a scary one at that.
With his index finger, he pulled down the sunglasses and looked over them. I gasped. His eyes were the same distinctive cobalt as my own. But where my eyes only added to my Barbie doll appearance, his sucked you in like a vortex. As if he could suction every thought right out of your head just by looking at you.
Get a grip, Zoe.
A trace of unease flickered across his face. “You aren’t sick are you?”
“No. What makes you think that?”
“You’re white as a sheet. Goose bumps are standing up on your arms like a plucked turkey.”
Being a vegetarian, the mental image wasn’t exactly a pleasant one. I gathered my courage and asked “Why can’t I go out?”
“Because I said so.”
I barely refrained from rolling my eyes.
He shifted his weight, his expression impatient. The silence stretched between us.
Cold clammy beads of sweat trickled between my shoulder blades. I twitched my shoulders. “Well?” I demanded fisting my hands on my hips.
“Because it’s dangerous,” he said curtly.
“What do you mean?”
He raised a black slashed eyebrow. “What about dangerous don’t you understand?”
I watched his gaze travel over my hot pink top and short white skirt. When his glance came to rest on my manicured toenails visible in my pink polka dot sandals with rhinestone bows, he shook his head his expression dismissive. I shouldn’t have let it bother me. I was used to being looked at like an empty-headed blonde who’s only thought was her wardrobe. I even encouraged it. But it hurt coming from family. If he’d been around while I was growing up, he’d have known better.
“This is the Bahamas. How dangerous can it be?” I challenged, straightening my shoulders and lifting my chin. Why should I care what this man thinks of me?
“This is a remote, unknown, island in the Bahamas.” He flicked an imaginary piece of lint off his black silk shirt.
“Does this remote island have a name?”
His cobalt gaze locked with mine. The deep black flecks in them flickered like crashing tidal waves. “Vampire Island.”

Contest: VI contest will be running from February 15th through March 13th.
To enter the random drawing just leave a comment at downtownya.blogspot.com. It can be as simple as hello.
And send an email to sandracox1@gmail.com. In the header write VI Contest.
The winner will receive an autographed copy of Vampire Island and a pair of vampire red and hissss silver earrings. Only one entry per person please.

What a cool sounding book. I can't wait to read it. I also love the cat picture below. It's similar to my mouse pad.

Sandra! How totally cool! I am really excited for this release. Keep me informed! Major congrats! j

Thanks, Julia. Appreciate it. I'm excited about this one too.

Great ending to the excerpt. That would definitely make me want to go out at night. :)

Sandra, can you give me an age range on this book? What ages would it be okay for? My students are drooling over vampire books at the moment and I'd love to put it in my classroom if it's appropriate.

Hi Jae,
Teens and up, but I don't think you'd have any problems. Pretty inoffensive other than the spook factor and some vamp fights:)
Did you get my email?