Let Us Not Forget 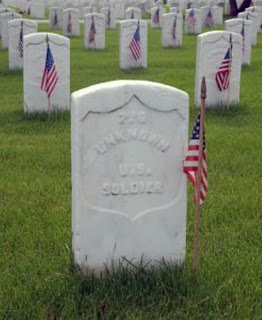 "Your silent tents of green We deck with fragrant flowers; Yours has the suffering been, The memory shall be ours." - Henry Wadsworth Longfellow
To Those That Serve....Thank you

Whether you’re a teen, tween, middle-aged or a senior, we all have our moments. Unfortunately, as you p

rogress from teen to senior the moments increase. My moment: I lost the TV remote and found it the next morning in my purse. When I mentioned ‘my moment’ to a friend, she told me she found her misplaced cell phone in her freezer.Okay, I’ve told you mine. Will you tell me yours?For a chance to win a PDF of THE CRYSTAL, a paranormal romance, just leave a comment and share your most absentminded moment. A random drawing will be held and announced June 6.
EXCERPT from THE CRYSTAL
“Damn,” came a low whisper.
Christopher grinned. The Nordic Queen had just encountered some of his aunt’s more prickly specimens.
He waited, his hand resting on the globe.
The stealthy footsteps drew closer. Christopher blinked as she waved the penlight in h

is face. “You!”
He stood and gave her an abbreviated bow. “Ms Bell.”
“What are you doing here?” she hissed.
“I live here,” he replied calmly. “More to the point, what are you doing here?”
“I came for my globe.”
He grinned. The woman was a pit bull. Once she had an idea firmly fixed in her mind neither reason nor common sense would dissuade her.
“It belongs to my aunt.”
“It’s mine,” she responded passionately.
Christopher stepped closer. “Are you always this obstinate? Don’t you realize some might term this breaking and entering?”
“Well, you should certainly know about that,” she retorted.
Christopher had been fighting an uncontrollable urge ever since she’d plastered her body against him in the rain. He was very much afraid he was about to give in to it.
“I suppose I should,” he murmured as he drew her into his arms and lowered his head.
“Don’t even think about it,” she warned.
He could feel her body stiffen against him. “Darling, it takes no thought at all.” He tilted her chin up and placed his lips on hers.
Posted by Sandra Cox at 7:33 AM