We took a mini getaway to Savannah, Georgia.
Its a fascinating city. We stayed in the historic district on Bay Street a block over from the riverfront, which is lined with shops and restaurants and teaming with nightlife. The riverfront sits lower than Bay Street so every time we visited the riverfront there where stairs involved.
The first night, we ate at The Pirate House. In 1753, The Pirate House was an inn, used regularly by sailors and pirates alike that roamed the high seas.

The next night we took a ghost tour. Savannah is famous for its hauntings. In 2005, the Halloween Special, TAPS investigated the Moon River Brewery and the Sorrel Weed House.
The Sorrel Weed House was built in 1838. Legend has it that an African-American slave was murdered by a member of the family in the carriage house.
The legen 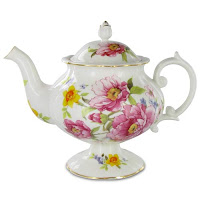 d of the Brewery is that slaves were locked in the basement and attic when a fire broke out and no one came to let them out.
On a more upbeat note, while there I learned the meaning of the term Sluts.
SLUTS: Southern ladies under tremendous stress.
Love it.

How cool! I love it too!

I choked on my coffee what I read sluts...never thought I'd read that here...well done

I thought that was priceless. I picked up a dishtowel with that mongrammed on it along with an edging of black stilettos.