My Editor Is A Zombie 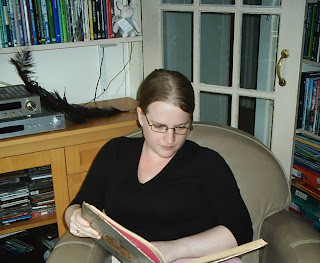 My Editor is a Zombie

Thank you to the lovely Sandra Cox for asking me to tell my story! And to think I tell the authors I work with that I don’t bite…

The time: A cold, wet evening on the first of November, perilously close to Hallowe’en, the night when all manner of spooks and psychos and undead monsters stalk the streets. The place: Leicester, England, at the headquarters of Zombie Earth: Apocalypse (http://www.zombieearth.co.uk/). The person: Rebecca Hill, Ellora’s Cave editor and, for one night only, blood-thirsty ghoul with a craving for human flesh.*

Zombie Earth: Apocalypse is something like a computer game come to life – a mixture of urban orienteering, finding clues to the next location, and fending off hordes of slavering zombies, some of whom can move surprisingly fast for dead people.

My fellow zombies and I assembled at HQ for professional makeup, plenty of fake blood made of syrup and food colouring, and a stern reminder that we should not actually attempt to bite anyone. Being on the diminutive side, I was dressed as a little girl, in a fluffy pink dressing gown and clutching a teddy bear. Once teddy and I had been thoroughly zombified, we were led off to our location, a pub (not open to the public), where the weary participants were tantalised with the promise of a drink and a wee before the “landlord and landlady” (Zombie Earth actors) opened the door to reveal yours truly, lurching and moaning.

I’ve never seen anyone move so fast! In dim lighting and to adrenaline-addled people, I’m told that I did indeed look like a child, which added an unsettling element to the shock of a zombie attack. The majority of people left needing the toilet rather more urgently than they had when they came in. One quite large, tough-looking young man left on the verge of tears of fright after I cornered him and offered him my cuddly toy, and it was hilarious to see people pushing their friends out of the way in order to get back out of the pub door! Be warned: in the event of a zombie uprising, your friends and family will almost certainly sacrifice you to save themselves.

It was a surprisingly exhausting evening but tremendous fun, and I’d recommend it to anyone who has a theatrical streak, or likes to see grown men cry. Although I still smell faintly of syrup – that’s stuff is hell to get out of your hair.

Now, how I came to become a zombie is a story for another day…

* Any suggestion on Sandra’s part that this is a normal state of affairs should be ignored. 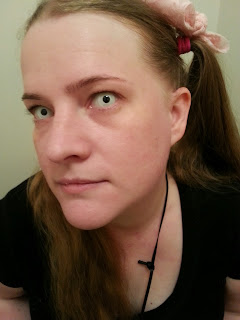 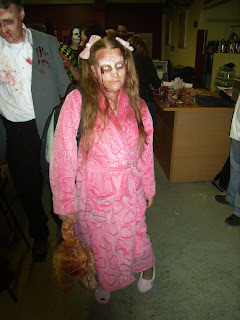 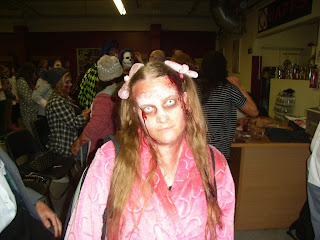 Curious about the difference between a labyrinth and a maze? Find out more at CJ's Blog:
http://ponyexpressgraphics.blogspot.com/2013/11/the-labyrinth.html?showComment=1384816076644
Posted by Sandra Cox at 3:00 AM