A Mother's Day Tale and Monday 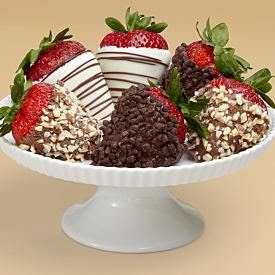 So my Mother's Day gift from my son arrived the Friday before Mother's Day: chocolate-covered strawberries. My daughter called and said she'd ordered my Mother's Day gift and had paid extra to get it there on time but had inadvertently sent it to herself. Uh Huh. She decided she must have wanted a Miss M's Day. The company that she ordered from took pity on her and let her keep what she'd inadvertently (Uh Huh) sent to her address and sent another to me, which would arrive on Tuesday. In the meantime, on Mother's Day, I had the sibs call and wish her a Happy Miss M's Day:). Tuesday arrived, I got home and felt like Bill Murray in Groundhog Day. There setting on the counter was, you guessed it. A box of chocolate-covered strawberries. 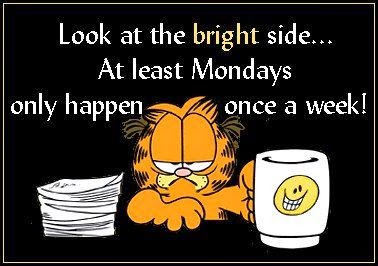