As previously mentioned, the HH was kind enough to give me money for a new phone for my bday. Mine was nearly as old as I am. Ha ha. Now that's a blatant exaggeration. Nothing or no one is that old.😁 One of the problems I was having was that I couldn't send myself emails with pictures attached. I could email them to anyone else but not myself.  Weird huh? Has anyone else had this problem? Show of hands.  So when I got my new phone, I thought my problem would be solved. Nope it traveled right over to the new phone. I finally broke down and called Apple and after some trial and error the specialist figured it out. Last chance. Do you know what the problem was?

I never saw this coming nor would I have figured it out. They wouldn't send because the BCC on the phone setting was turned on. Turned it off and they started coming through. Problem solved.

AND...Speaking of the HH here's the Valentine's Day card he gave me. 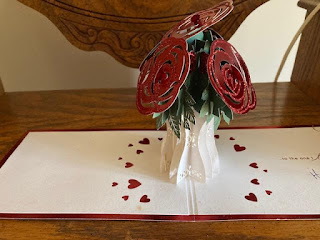 AND...Pre-retirement, my boss always brought me homemade jams and jellies. I got spoiled. Store bought just didn't cut it after her jellies, until I found this brand. Have you had it? It's not expensive and the closest to homemade I've found. Very tasty. I found it at Aldi's. 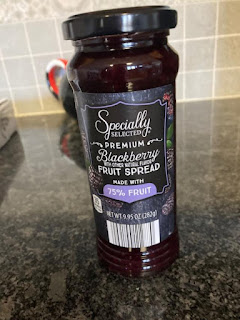 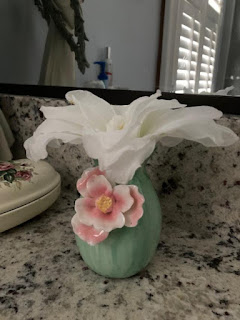