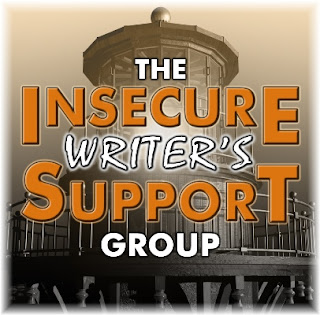 The first Wednesday of every month is officially IWSG day. Members post about their doubts and fears, discuss struggles and triumphs, and offer words of encouragement to others who are struggling.

The IWSG monthly question can be found under the IWSG Sign-up tab on the Insecure Writer's Support Group Blog.  Remember it’s optional.

February 3 question -Blogging is often more than just sharing stories. It’s often the start of special friendships and relationships. Have you made any friends through the blogosphere?

Oh yes. Friends that I hold near and dear in the writing community and outside of it. I am most grateful for each and everyone.

In no particular order, January/February reviews. 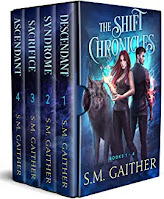 What I love about a good YA fantasy is it moves at a fast pace and seldom stalls. This series is no exception. Alexandria Layton, is your average seventeen-year-old dealing with a number of serious setbacks that include the loss of her father and finding out maybe she’s not so average afterall as she’s drawn into a world of werewolves, Lycans and magic.

Not only is this a good series, it’s reasonably priced. In fact, the first book of the series is free—or was the last time I checked—if you want to try it out and see if you like it.

A MINUTE TO MIDNIGHT Book 2 and DAYLIGHT Book 3 of the Atlee Pine series by David Baldacci. I enjoyed the first as well as the second book in this series. With his usual masterful flair, he created a flawed character with a strong moral compass that we can get behind and root for.  The third, no so much. I was okay with the first half of the book but by the end I really regretted starting it. It touches on child torture.  I loathe anything that relates to that particular subject. It also felt like some of the scenes came away as a means to show how physically strong she was. It might have been worth it, if there had been closure in this series but it’s just one more book in the series. I really did not care for this one. To be fair, thousands of his readers disagree. I’m in the minority. Mr. Baldacci’s DAYLIGHT has over twelve thousand reviews and a 4.5 average. That’s not small potatoes.

This book isn’t for folks who like a quick read, weighing in at over 750 pages. But it’s well worth the time. We learn about a family man who is passionately in love with, not only his wife, but his country as well and spends his entire life serving it. John Adams wasn’t a perfect person, he had his flaws as we all do, but he did his level best for America and Americans. He was a big believer in education for all and felt it would help the poor earn a better living. He was vehemently opposed to slavery.

The book is filled with all sorts of fascinating trivia that I didn’t know, such as he and Thomas Jefferson, who were friends—even when they weren’t, both died on the fourth of July, the same year.  I also didn’t realize until I read this book that women developed breast cancer back then and that mastectomies were not only performed but performed without anesthesia. Ack.

If you’re a history buff, and even if you’re not, I strongly recommend this one.

The HH’s thoughts on writing:

At a slot machine,

Just after it was

Always on the take,

Is living it up, 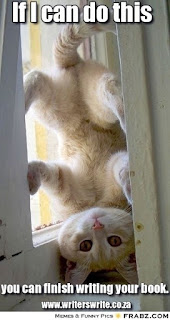