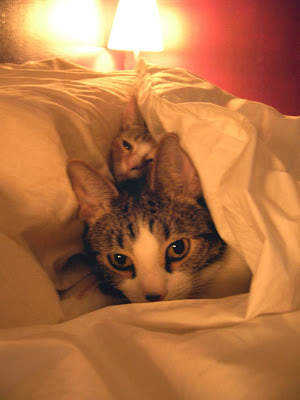 Always end the name of your child with a vowel, so that when you yell the name will carry--Bill Cosby

So after landing my new job as a department store greeter, 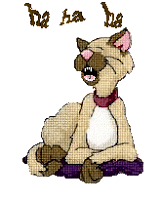 a good find for many retirees,
I lasted less than a day......
About two hours into my first day on the job a very loud,
unattractive, mean-acting woman walked into the store with her two kids,
yelling obscenities at them all the way through the entrance.
As I had been instructed, I said pleasantly, 'Good morning and welcome to our deparment store.
Nice children you have there. Are they twins?'
The ugly woman stopped yelling long enough to say,
'**** no, they ain't twins. The oldest one's 9, and the other one's 7.
Why the **** would you think they're twins? Are you blind, or just stupid?'
So I replied,'I'm neither blind nor stupid, Ma'am,
I just couldn't believe someone slept with you twice.
Have a good day and thank you for shopping at our department store.'

My supervisor said I probably wasn't cut out for this line of work.

In 1948, My mother took my sister, Lois and me to the Madison train station to see the last of the "Whistle Stop Train trips." It was the way to go during campaigning, and President Truman, his wife, Bess and daughter were on that train, along with "Secret Service" men, and the train people. This train left Washington, DC and went all the way to Bellingham, state of WA. The President spoke off the back of the train with Secret Service men around the base of the train.

Two years ago, I offered my menu (Lois has lost track of hers) to the Harry S.. Truman Library and Museum in Independence, MO - and after they authenticated my menu, they placed it in a special glass case - with an invitation (if we ever were in that city) to come see MY menu on display.

My brother-in-law said I should have put it on ebay and gotten some money for it - but I didn't want the money. I wanted unknown people to view this cream colored menu, bearing the Presidential gold seal, with red, white and blue tassels swinging from the 6 pages of breakfast items (hot and cold cereals, eggs, bacon, toas, etc - with NO prices listed!). I am proud that I kept this menu clean all these decades! - and that I had not lost it!

Leslee Waite,
author of From Peril to Princess

'My choices early in life were to either be a piano player at a whore house or a politician. And to tell the truth there's hardly any difference.'
Harry Truman
Posted by Sandra Cox at 8:08 AM