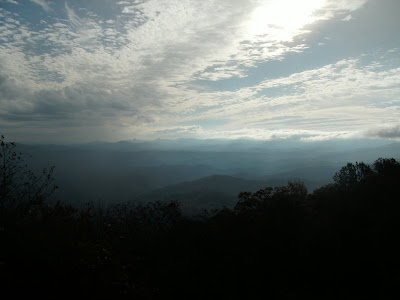 ' Forget not that the earth delights to feel your bare feet and the wind longs to play with your hair.' Kahlil Gibran 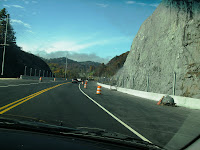 We went into the mountains yesterday to see the changing colors. We weren't disappointed. As you can see, it was glorious.
Usually when we go, the temperature isn't much different from home. But yesterday...by the time we got in the mountains, the temperature had dropped 23 degrees. Yikes. And of course we hadn't brought jackets. That would have been much too sensible. 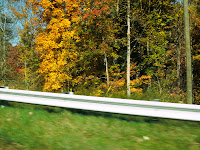 Apparently, everyone else had the same idea. Blowing Rock was packed. I've never been there when there were so many people. We found out later App had a game going on, so between tourists and game goers the area was flooded with people.
We stopped long enough to hit our favorite ice cream and chocolate shop, which by the way everyone else had too:) then headed for 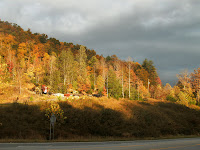 Canyons restaurant then home. (You can tell food always plays a large roll in our plans can't you.) But wow what a view, huh?
Posted by Sandra Cox at 10:04 AM