Let's have a brief moment of silence. My summer schedule is officially over and I'm back to working Fridays.

Did you read the article on Sam Simon? See here:http://tv.yahoo.com/news/terminally-ill-simpsons-co-creator-vows-away-fortune-050000029.html
In case you aren't familiar with the name, he's the co-creator of The Simpson's, huge animal activist and humanitarian. He has a food bank that distributes vegan food. When asked by other food bank distributors, 'What if people aren't vegan?' His response was, 'Then they can go to your food bank.'
He's a big supporter of PETA. He does a lot of good for folks and animals in need. Unfortunately, he has terminal cancer. He plans to leave all his money to charitable foundations. Mr. Simon is truly an inspiration.

Have you seen Beautiful Creatures? Did you like it? We watched it this weekend. It had me glued to my seat.

I have been wanting to read Beautiful Creatures first before watching the film. I have been itching to watch the movie in the plane but decided to wait. Seeing your post..maybe I should go ahead.

Hi Arni, Let me know how the book is.

he does sound like a good person! Sad to hear he has cancer :(((

That was sad news to read this weekend. But I love that he's giving his fortune away to good causes. Inspirational. :)

Ugg to the cancer, sounds like a great guy. Fridays? Oh that sucks haha

He sure does, doesn't he, Dez.

It was sad news, L.G. And also inspirational.
Thanks for the follow and for stopping by.

Hey, Pat, you've got that right on the Fridays. Hope I don't forget to go in:) 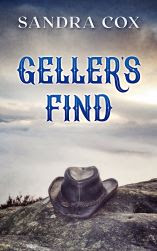