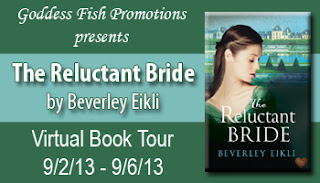 BLURB:
Winner of the Choc-Lit Australian Star competition!
Emily Micklen is proud, passionate – and left with no option after the death of her loving fiancé, Jack, but to marry the scarred, taciturn, soldier who needs to secure a well-connected wife.

Major Angus McCartney hopes that marriage to the unobtainable beauty whose confident gaze about the ballroom once failed to register his presence will offer both of them a chance to put the past to rest.

Emily’s determination to be faithful to Jack’s memory is matched only by Angus’s desire to win her with honour and action. Sent to France on a mission of national security, Angus discovers how deeply Emily has been duped, but the secrets he uncovers lead them both into danger. Can Angus and Emily unmask the real conspirators before they lose everything?
EXCERPT:
‘It’s not a sin, unless you get caught.’

The gentle breeze seemed to whisper Jack’s teasing challenge, its soft, silken fingers tugging at Emily’s ingrained obedience. She put down her basket and stared with longing at the waters below, sweat prickling her scalp beneath her poke bonnet as desire warred with fear of the consequences.

‘Where’s your sense of adventure, Em?’

Still resisting, Emily closed her eyes, but the wind’s wicked suggestiveness was like the caress of Jack’s breath against her heated cheek; daring Emily to shrug aside a lifetime of dutiful subservience – again – and peel off her clothes, this time to plunge into the inviting stream beneath the willows.

She imagined Jack’s warm brown eyes glinting with wickedness. Taunting her like the burr that had worked its way into the heel of her woollen stockings during her walk.

Exhaling on a sigh, Emily opened her eyes and admitted defeat as she succumbed to the pull of the reed-fringed waters.

Desire had won, justified by practicality. If she had to remove one stocking to dislodge the burr she might as well remove both.

Scrambling down the embankment, she lowered herself onto a rock by the water’s edge. Her father would never know. If he glanced from his study in the tower room, where he was doubtless gloating over his balance sheet, he’d assume she was a village lass making her way along the track. Emily had never seen him interest himself in the poor except …

Like most unpleasant memories, she tried to cast this one out with a toss of her head, still glad her father had never
discovered what she’d witnessed from her bedroom window one evening five years ago: the curious sight of Bartholomew
Micklen ushering the beggar girl who’d arrived on his doorstep into his carriage.

Then climbing in after her before it rumbled down the driveway and out of sight.

Now was just another of those moments when Emily was glad her father remained in ignorance. Her insurance, should she need it, was that she knew a few of her father’s secrets the excise men might just want to know.

By the time the first stocking had followed Emily’s boots onto the grassy bank she was bursting with anticipation for her swim.

What did one more sin matter when she’d be Mrs. Jack Noble in less than a week?
AUTHOR Bio and Links:
Beverley Eikli is the author of eight historical romances published by Pan Macmillan Momentum, Robert Hale, Ellora's Cave and Total-e-Bound. Recently she won UK Women's Fiction publisher Choc-Lit's Search for an Australian Star competition with her suspenseful, spy-based Regency Romance The Reluctant Bride.

Beverley wrote her first romance when she was seventeen. However, drowning the heroine on the last page was, she discovered, not in the spirit of the genre so her romance-writing career ground to a halt and she became a journalist.

After throwing in her job on South Australia's metropolitan daily The Advertiser to manage a luxury safari lodge in the Okavango Delta, in Botswana, Beverley discovered a new world of romance and adventure in a thatched cottage in the middle of a mopane forest with the handsome Norwegian bush pilot she met around a camp fire.

Eighteen years later, after exploring the world in the back of Cessna 404s and CASA 212s as an airborne geophysical survey operator during low-level sorties over the French Guyanese jungle and Greenland's ice cap, Beverley is back in Australia teaching in the Department of Professional Writing & Editing at Victoria University, as well as teaching Short Courses for the Centre of Adult Education and Macedon Ranges Further Education.

Beverley won the Choc Lit Search for an Australian Star competition with The Reluctant Bride.
Shortlisted for the 2012 Australian Romance Readers Award for her novel Rake's Honour
Finalist in the 2011 Australian Romance Readers Awards for her novel A Little Deception.
Links:
http://beverleyoakley.com/Beverley_Oakley/Welcome.html
https://www.facebook.com/beverley.eikli?ref=tn_tnmn
Amazon.com - http://www.amazon.com/The-Reluctant-Bride-Beverley-Eikli/dp/1781890862/ref=sr_1_cc_1?s=aps&ie=UTF8&qid=1372649516&sr=1-1-catcorr&keywords=beverley+eikli
Amazon.co.uk - http://www.amazon.co.uk/The-Reluctant-Bride-Beverley-Eikli/dp/1781890862/ref=sr_1_1?ie=UTF8&qid=1372649607&sr=8-1&keywords=the+reluctant+bride+beverley+eikli
Barnes & Noble - http://www.barnesandnoble.com/w/the-reluctant-bride-beverley-eikli/1114869375?ean=9781781890868
Amazon Author Page: http://www.amazon.com/Beverley-Eikli/e/B0034Q44E0
Beverley will award a $20 Amazon/BN GC to one randomly drawn commenter during the tour.
The tour dates can be found here:
http://goddessfishpromotions.blogspot.com/2013/08/book-blast-reluctant-bride-by-beverley.html
Posted by Sandra Cox at 3:00 AM

Thank you for hosting

Thanks Sandra, for having me here today. BTW, I love your Back Opal cover. I'm also an Ellora's Cave author, writing as Beverley Oakley.

Love the premise of the story.

Hi Beverly, I saw that! Nice to meet another EC author:) All the best with this:)

Hi Dez, Pat and Rita, Thanks for stopping by and supporting Beverley.

You're most welcome, Goddess.