Just In Time For Halloween....Psychic Vampires

Is there a Psychic Vampire in Your Life?
Vampires have come a long way from the old black and white stills of Count Dracula in movies of the 1930s and 1940s.  If someone came to your door looking like that cartoonish stereotype—unless it was a Halloween costume party—I expect you wouldn’t invite them across your threshold.
In modern-day media, vampires are somewhat prettier and more alluring---a la True Blood, The Originals or even Buffy and its progeny.  (Whether vampires should sparkle in the sunlight or not is a debate for another time.) But there’s no question that the appeal of the dark, mystical vampire sits well across the generations.
Whatever they look like, though, one of the traits they tend to share in common is that they drink the blood of others to replenish their own vitality.  As Louis says in Interview with the Vampire: “Blood, I was to find, was a necessity as well. I woke the next evening with a hunger I had never felt.”
But the literature also tells of a kind of vampire that never has to take a drop of blood from its victim: the psychic vampire. What this sort of vampire seeks out is the xi, or the life force energy inside a person. In the same way that a “traditional” vampire sucks blood to strengthen himself, a psychic vampire will drain her victim of energy, leaving them with “general debility, lack of motivation and energy, an emaciated physique, a pallid complexion, and an overall sense of weakness,” according to Dr. Bruce Goldberg.
Dr. Goldberg finds five types of intentional psychic vampires, as well as those who don’t intend harm, but inadvertently suck up their friends’ positive energy, a state he calls “psychic parasitism.”
Have you ever felt like the person you’re talking to is absorbing your energy, your very breath? We’ve all met someone who just leaves us feeling exhausted and without resources after a meeting or conversation. Perhaps it’s that woman in your office who always has major drama going on and she can’t wait until you step into work to tell you her latest tale of woe. Five minutes into your day, and you’re already wiped out. Or if we’re service providers, clients can also leave us feeling the same way. People who thrive on drama every moment can debilitate those of us who have achieved calm in our own lives.
For those who are intuitive, or empaths, this may set you up as a victim, especially in places full of people, like sporting events, shopping malls or other crowded venues.
Dr. Judith Orloff has written often on this issue and how people might protect themselves from psychic vampires:  the easiest one is just walk away. She also suggests that you visualize an energy shield of bright white light around you that you can use at “family dinners or social events where you're trapped.”
Georgia MacLeod goes so far as to suggest that carrying an amulet might be appropriate as a defense.
Does this feeling sound familiar? Take notice of how people around you make you feel, and then take steps to strengthen yourself, set proper boundaries and feel better.

LOVE ME, KISS ME, KILL ME excerpt
Running away isn’t necessarily the answer.

In her mad rush to escape a failed marriage, Sara Woods takes the first job available and lands in the middle of a mystery. Her first assignment as a news reporter for the Ralston Courier is the investigation of a string of deaths, all young women, all her age.

She becomes a patient at the Goldstone Clinic, a local mecca of healing, to deal with chronic pain from her past. But all is not as it seems at the Goldstone, its doctors and nurses are all the picture of perfect beauty and health. Patients at the clinic first seem to get better, then they deteriorate. Sara enlists the help of Dr. Rick Paulsen, who teaches her how to access her internal power, skills she never knew she had, revealing secrets from her past. Police officer Brendon Zale also takes an interest in Sara, but he acts like a stalker, watching her every move, and he won't leave her alone.

As she digs deeper into the story, and more young women die without explanation, she tries to choose allies wisely, but not till the last confrontation does she discover the identity of her true enemy. 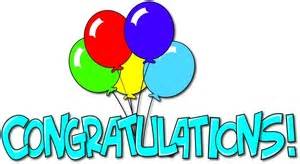 Looks like a great read!
~*~
If you're in the vicinity, I'm blogging at ARe today about things that go bump in the night.
Posted by Sandra Cox at 2:00 AM