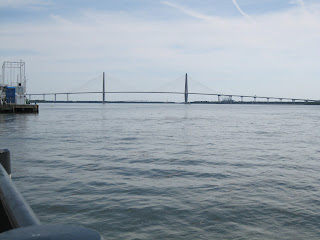 I'm heading to the Low Country Weekend Beach Retreat. Anyone else going? If so drop me a line or leave a comment so I can look for you.

~*~
Oh yeah, we went to see Alex Cross. Once again, I liked it better than the critics. Though, if I'd rated it, I would have given it an R instead of a PG 13 for violence. Not that anything overt was shown on the screen, but there was one torture scene that even with my eyes closed and my ears plugged it was hard to ignore.
I wasn't sure how I was going to like Tyler Perry in that role. But it worked  for me. I thought he did a good job.
Have you seen it and if so did you like it?
~*~
She had forgotten her umbrella, again. Head down, she turned the corner and ran full tilt into the arms of a stranger.
“I’m sorry,” Gabby mumbled into an expensive, camel-colored raincoat, her nose pressed against a hard chest.
She felt long arms wrap around her, steadying her. For a brief moment the clean smell of rain mingled with the scent of expensive aftershave and crisp cotton, before the man gripped Gabby’s upper arms and thrust her away, holding her at arm’s length.
Icy green eyes, colder than the wind whipping her hair about, stared into her own. His rain-darkened hair was drawn back in a ponytail and beads of water glistened on his coat.
“May I suggest you watch where you're going?” The stranger stared down his nose at her, his voice brusque, his manner arrogant. Letting her go, he walked away.
Gabby stared after him, as he wove through the throng of pedestrians with the lithe grace of a cat. Still feeling the heat of his hands, Gabby rubbed her forearms as she watched him disappear into a sea of umbrellas. THE CRYSTAL