A guy's got to have one.
My brother built his own. I've got two brothers. One's a numbers guy. Don't ya hate it? Numbers and I have never been sympatico. And then there's the other brother who's a bit of a Macgyver. He can build or jerry rig anything.  Seriously. When I told him over the phone that I'd like a closet and bath added to my bedroom, he walked me through measurements then sent me a blue print. When he wanted an executive desk, he designed it and built it himself. Seat covers for the old truck. No problem. He went out bought an industrial sewing machine and made them. The guy's amazing. Anyway, he decided he wanted a man cave, err garage. He set it up where he could change the oil or wash the car then fix dinner or kick back and watch TV. And its clean enough to do both. 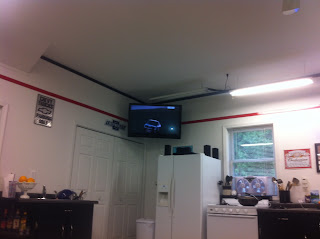 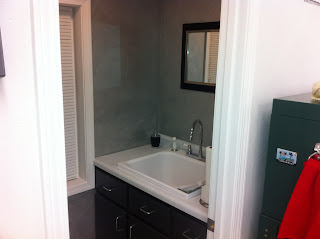 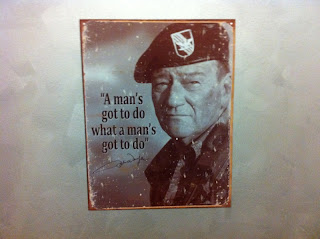 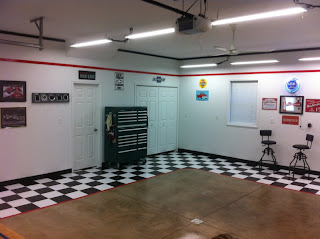 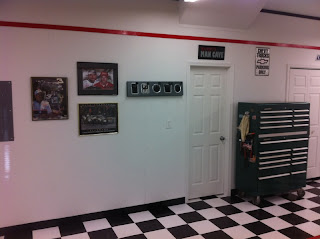 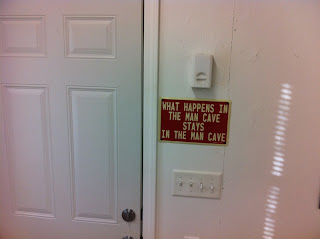