Can you believe it's the last day of August? Tomorrow is the first of September, it's nearly fall, and not far behind...Halloween. 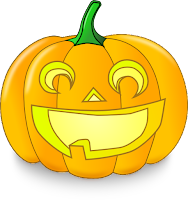 But enough of that. What did you do over the weekend?
We went to see No Escape. OMG. It was the most intense movie I can remember seeing. First twenty minutes or so, nothing unusual then BAM! From that point on there's no relaxing back in your seat until the movie is over. I can't say I liked or I didn't like it. It was a bit too violent and too intense for my taste, but it certainly held my interest. Pierce Brosnan did a great job. It wasn't the usual suave role he normally plays.Owen Wilson more than held his own, as did  Lake Bell. Unfortunately, I can't see her without thinking of the 'other wife' role she played in It's Complicated. Anyhoo...have you seen it? Did you like it?