Why is the dog here? 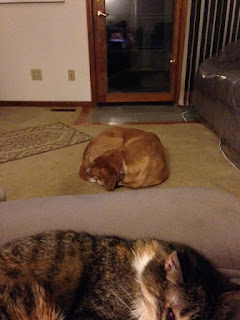 Because the cat is here:) 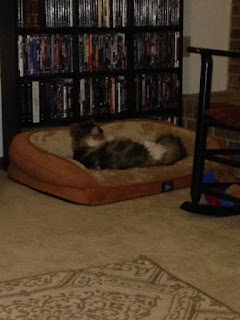 And yes that is plastic on the couch. It keeps a certain Monster Kitty that shall remain nameless from clawing at it.

AND...
A friend of ours--a sassy, spunky Southern gal who shall also remain nameless--recently broke up with her significant other because he was around too much.  He was 'there when she left and there when she got back'.  We got quite a kick out of this since that's what most folks are looking for in a relationship. Someone that is there. Any-hoo, the HH was leaving for his tutoring gig and told me he'd probably be home around six.
I said, "I'll probably be here."
And he said, "You're here when I leave and you're here when I get back."