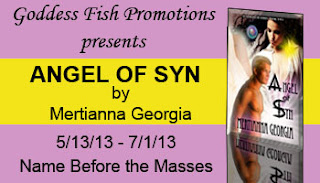 WITCHES OF THE SYN-IVERSE
The original topic of this post was going to be “the beliefs of today’s witches.”  I would’ve been happy to write something about that, but I don’t have a clue.  Despite a period of time in my youth when I wanted to be a witch (I don’t think any of my “spells” actually worked otherwise Tommy Kingston would’ve turned into a two-headed frog in fifth grade), I’m not a member of the witch or Wiccan societies.  So, I don’t feel qualified to try to represent their current beliefs.
What I can talk about are the witches in the world of my Synemancer series.  Their world is similar to ours except supernatural beings live side-by-side with normal humans.  The major groups are witches, wizards, Nightkinds (vampire-like beings), and werewolves.  The witches and Nightkinds are organized into Houses who act like governing bodies for their kind.  Houses are often associated with major families and affiliated beings or humans, much like small kingdoms.  Werewolves form packs.  Wizards are too independent to want to belong to any organized group.
The supernaturals have a major law enforcement group called the Portalkind Security Council (PSC) which serves as their highest criminal justice organization.  The PSC is like the human system’s Federal level and the Houses are the State and Local levels.  In Angel of Syn, the PSC are trying to capture Cara.
The major witch religion is called Druccan, which is a combination Druid, Wiccan, and other religions.  Druccan’s believe in preserving nature, the divine is both feminine and masculine, and there is a universal life-force that surrounds and connects every living being.  Druccan’s are not prudish about exploring sensuality or multiple relationships before marriage.   But vows are taken seriously once a commitment is made.
Witches are born with a wide variety of abilities and different levels of power.  One of the rarest and most powerful is the Synemancer.  Only witches can be Synemancers.  Synemancers draw power from other supernatural beings to fuel their own magic.  They can weave multiple energies together to create power more potent than any of the individuals could have achieved on their own.  The Synemancer exchanges a piece of the other person’s soul with her or his own to form a strong emotional, spiritual, and physical connection.  Cara Augustine is the only living Synemancer of her generation.  In the middle ages, witches were hunted down and killed by humans during the Great Purge.  Synemancers were especially feared for their ability to bind others to them so were completely wiped out. This history is a major problem for Cara because there’s no one left who can teach her to harness and use her abilities.  There are many legends and mysteries surrounding Synemancers that have yet to be brought to light.  Like, what the heck are all those orbs? Why are they attracted to Cara? And why do they always pop in at the worst possible moments?
I hope that this provides some insight into Cara Augustine’s magical, dangerous alternate reality.  Would I want to live in that world?  Um, yes but probably more as a visitor than a resident.  A tourist perhaps.  Maybe a foreign-exchange student.  But even for a short amount of time, it would be exciting.


BLURB:
Contemporary witch Cara Augustine goes international and inter-dimensional, from San Francisco to France to an alternate Eden-like dimension, in this second book of the Synemancer series.

Cara is a fugitive, pursued by the Portalkind police for breaking a major covenant. When she accidently made a werewolf her witch’s familiar, it amounted to enslaving a human. And the punishment is death. On the run for her life, she and her companions stumble into a strange paradise dimension. But they quickly find the dangerous world is filled with strange creatures, deadly and beautiful. And, because she’s quickly learning a Synemancer’s life is never simple.  Cara has to deal with an amorous Nephilim (half-angel half-witch), a dangerously deranged French werewolf, and the darkly handsome Nightkind she just might love. Each powerful supernatural man has his own reasons for wanting to possess Cara, body and soul. But if the Portalkind police catch her, she’ll be in a fight for her life.

EXCERPT:
The nape of my neck tingled with the familiar sensation of being stalked. I glanced over my shoulder to see my bodyguard, Azrael. He was named after the angel of death, but he was no angel—in any sense of the word. I used to think it was a nickname. It wasn’t. We were both witches, but he came with specialized security training.  He watched me from his favorite indoor spot halfway up the stairs to the second story of our Berkeley hills house. His sky blue eyes stared at me hungrily.That stare reminded me of a hawk watching a tasty mouse.  Irritated, I took a last bite from my nearly finished apple, turned, and threw the core at him with deadly precision. I’d been practicing using non-magical self-defense skills. My magic skills were unreliable to say the least.The apple core flew between the wooden posts directly at his beautiful face. He deftly caught it in a blur of motion, put it up to his nose, inhaled deeply, and slowly licked the apple. His eyes never left me.
AUTHOR Bio and Links: 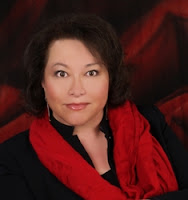 Mertianna currently lives with her husband, son, and three dogs in Northern California. At a young age, while traveling the globe with her military family, she discovered the joys of reading. Armed with a fascination for science fiction, the paranormal, and fantasy, she amused, shocked, and impressed her teachers with her imaginative stories.

As an adult, reality reared its boring head, and she joined the business workforce. After many years working as a professional manager while secretly wishing she was a writer, she took a detour from the corporate world to immerse herself in the fictional worlds of her own making.

Mertianna has accumulated multiple graduate degrees in business and survived years of doctoral studies in psychology, all of which undoubtedly has influenced how her characters behave or don’t behave as the case may be.
Buy Links:


Mertianna will be awarding a canvas tote bag printed with the book cover on one side and a saying on the other("Are you a syn-er?"), and filled with goodies plus a $20 Amazon gift card to a randomly drawn commenter during the tour (US ONLY).
The tour dates can be found here:
http://goddessfishpromotions.blogspot.com/2013/03/virtual-nbtm-tour-angel-of-syn-by.html
Posted by Sandra Cox at 4:00 AM