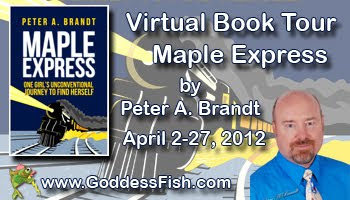 The Process of Making Maple Syrup

The making of maple syrup is a long drawn out process that involves the maple tree. The maple leaf is the national symbol of Canada, where the author of “Maple Express” is from. Canada is well known for its maple syrup, but the maple syrup that Sara Maple’s family is famous for is from the small town of Mapleton, Vermont.

The process begins when the farmer heads to the maple tree forest and the sap is extracted from the tree. In the old days, a small spout was driven into the tree and a bucket installed. The sap slowly drips out the spout and drops into the bucket. This can take many days to a couple of weeks to get enough in the bucket. “Maple Express” began in the same way. The story began to trickle out in small amounts into the computer bucket through the author’s fingertips.

The sap at this stage is a long ways from being clear and pure. It is mostly made of water. When the bucket is filled and the farmer has enough, the sap is then placed in a large pan where it is heated. The sap is brought to a boil. As it boils you need to skim off any foam, removing it and any other particulates that might be on the surface. Remember it takes 10 gallons of sap to create one quart of syrup.

The author of Maple Express had plenty of ideas that filled his brain pan but when the ideas began to boil it became apparent there too many contaminates in the story, so he stopped making it and shelved it for over a year. The maple syrup almost didn`t get made.

With a little prodding from his former neighbors who had been waiting in anticipation for the syrup, the author decided to try making syrup again. This time the syrup began to thicken like it is supposed to. The water began to evaporate and the pure Maple Express showed itself.

This story starts like all stories, a little cool at first with Sara attending school. She wants to skip class and drive to a town nearby but her temper begins to boil over when her best friend says she won’t come along. Angry, Sara sneaks out and drives out of town just as a huge thunderstorm erupts all around her.

Sara never makes it to her destination. She wakes up on the floor of a train surrounded by four other people who don`t know where they are going and don`t really care to find out.

Pure maple syrup is a mixture of the sap from many maple trees. Sara and her four new companions must combine their ideas to find a way to the front of the train and off.

When it finally cools, the sugars will settle to the bottom and the syrup can be poured off the top into jars for consuming.

“Maple Express” is a cool story and is ready for human consumption. You can buy a jar of “Maple Express” as an eBook for $1.99 at https://www.smashwords.com/books/view/140570.

BLURB: Sara Maple has a comfortable life—the only child of a wealthy family—a best friend who does everything she asks—and the admiration of most of her schoolmates. Unfortunately, her temper and “indestructible” attitude quickly place her in a very precarious position.

“The Maple Express” is a powerful novel that captures the author’s take on the miracle of the human mind. “The Maple Express” delves into the actions and consequences of a young girl who has never had to take responsibility for her actions before. The story brings the reader into a world where Sara’s determination to find her way off the train sends her on an emotional trip that bonds her to her new friends and changes her life forever.

Both young and old readers will love the emotional journey Sara Maple takes them on as she deciphers the obstacles that confront her. Sara’s story ends with a surprise twist and leaves the reader with a sense of discovery about his or her own humanity.

It took Sara a few seconds to comprehend where she was. As best as she could tell, she was staring at an upside down Thomas Cole painting that appeared to be zipping along at a tremendous rate of speed.

The wind in her hair and face made her eyes water and saliva run from the corner of her mouth. Sara closed her mouth and swallowed.

The last thing she remembered was stepping up on the ladder that led to the train engine. When she woke, she was staring at the scenery, dangling upside down, a

nd being held by something that had wrapped itself around her ankle. Her face was mere inches from the ground. She couldn’t distinguish any one individual rock — they were all shooting past her too fast to see anything more than a blur.

Sara turned her head to find out where the noise was coming from. She knew the sound of the wind that rattled past her but the throaty metallic rattle that overpowered it was far more excruciating on her ears.

The wind spun her a quarter turn and what she saw caused a scream to erupt from deep inside. Two large train wheels were spinning along steel tracks. The sound she heard was steel hitting steel. The pistons created the swooshing sound as they pounded the wheels around, propelling the train forward.

Sara looked for something to grab onto but there was nothing within her reach. She felt like a side of beef dangling in a butcher’s freezer.

It only takes a few minutes of thought before Peter Brandt can devise a scenario that would make a fantastic story, and minutes after that before it begins to fill itself in.

“I have been able to think up stories all my life but it’s only been in the last seven years that I realized I was abusing my creative side by not writing them down.”

Peter retired from the Air Force and began a new career as a Technical Writer. His writing abilities have allowed him to work in Canada, the United States and even in the Middle East. 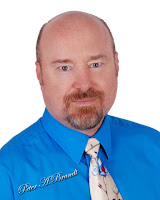 r’s love for stories that has brought him into a new realm of writing. His humorous memoir about his life as a soldier in the Canadian Armed Forces and the tragic memoir about his father’s life in a Prisoner-of-War camp at the age of 14 allowed him to refine his writing before he began to venture in writing Young Adult fiction.

“I have a very unique way of creating my stories. It begins with a craving, like a recent smoker who just quit cigarettes but still feels the addiction. I can’t shake it until I sit down and begin to let my mind wander. Many times I start my quest for a new story by wondering - What If. Soon after I begin to write and can usually get the first draft completed within a few weeks.

Maple Express began as a “what if” question and I’d share it with you but it would give away the storyline.”

I always write my stories as I would see them on the movie screen, which is why writing screenplays are also something I do. I am shooting a short film I wrote with a friend of mine within the next couple of weeks with another film shortly after.”

Peter has taken formal lessons in acting and has enjoyed some success as an actor in TV and film before his day job as a Lead Technical Writer required him to move out of the country.

“I can honestly say I have landed in the perfect job for me. I love to write...doesn’t really matter what I write, creatively or technically, writing is a pleasurable experience. It has allowed me to travel and for that I am grateful.”

Peter grew up with the Hardy Boys and Nancy Drew hardcover books.

“I loved them. I remember sitting under my blanket after lights out, sweating from the heat and the fear that gripped me as Joe and Frank carried on with another of their adventures.”

It is with these wonderful stories in mind that Peter wrote “Holly Alexander and the Mystery of the Courthouse Square.” This young adult novel will be released summer / fall 2012.

“I never really grew up. I have tried to write for adults but I find it difficult. I was a small, shy, and bullied kid growing up. I was nothing special. I had terrible grades, no idea what I wanted to do with my life and girls...wow, totally foreign to me. After I joined the Army those years faded quickly and I guess it has caused me to want to get those years back.

That is why I crave writing about young people who feel they are nothing special until I put them in a position where they have no choice but to become someone they never dreamed they could be. It is very uplifting for me to make heroes out of young people who believe they have nothing to contribute. It’s an eye opener for me as well as for them when it happens.”

Pete continues to write and publish through Simple Simon Publishing, a different type of publisher.

“Simple Simon Publishing is all about turning authors into entrepreneurs. For too long authors have felt dependent on the closed loop publishing industry to discover them and make them successful. Simple Simon’s philosophy is you are not just an author but the best person in the world to sell your product...you and your writing.”

Peter and his wife Carly have five kids who are all grown and on their own.


Peter has some original prizes he's giving away at the end of his tour. Two winners will win a pint jug of Butternut Mountain Farm Vermont Pure Maple Syrup, Grade A Dark Amber, in honor of the main character of The Maple Express, Sara Maple, from the small town of Mapleton, Vermont. One grand prize winner will win an awesome Bachmann Trains Pegasus Ready-to-Run HO Scale Train Set.

Tour dates can be found: http://goddessfishpromotions.blogspot.com/2012/02/virtual-book-tour-maple-express-by.html.
Posted by Sandra Cox at 1:52 AM